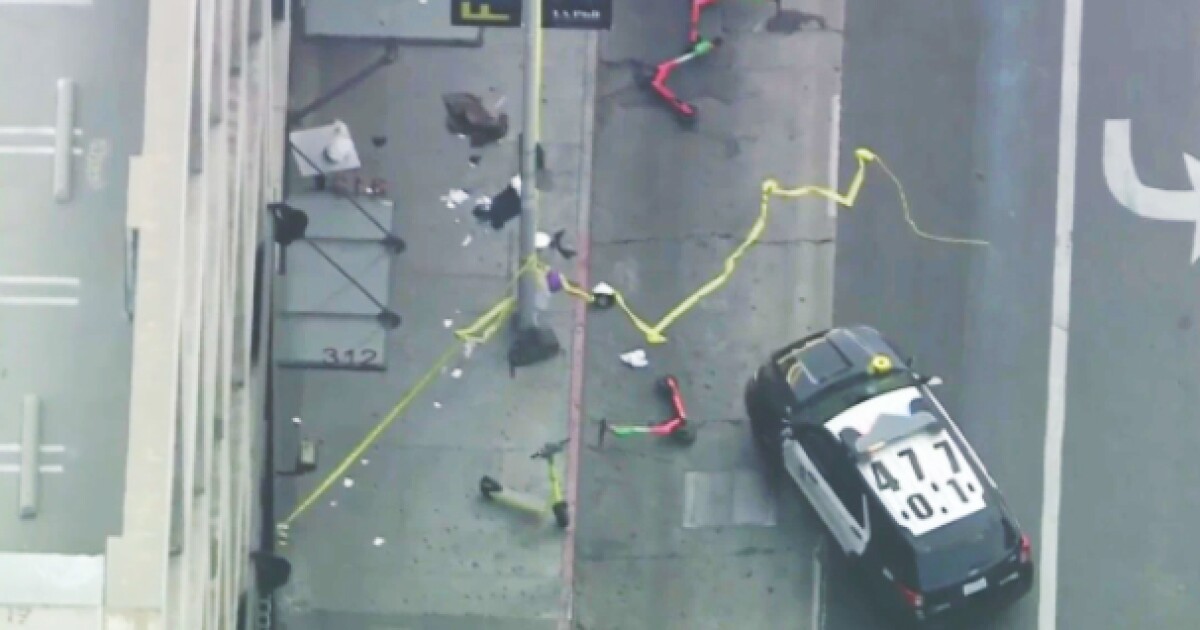 One person was struck Saturday in a shooting near Grand Central Market, sending patrons of the landmark food hall running for cover.

The shooting was reported at 3:56 p.m. in the 300 block of South Hill Street, Los Angeles police said. A Grand Central Market employee said it occurred at an entrance to the popular downtown destination.

In a statement posted to Instagram, the market said the “isolated incident” occurred on neighboring Hill Street.

The victim was in unknown condition as of 4:30 p.m., according to Los Angeles Police Department Officer Rosario Cervantes.

The male shooter was at large, and LAPD officers were searching the area.

Multiple videos posted on social media show people running for the market’s exits; at least one shows a person who does not appear to be moving on the ground near an entrance.

“Our market tenants and guests are all safe,” the statement from the market said. “While the incident did not take place within Grand Central Market, we will be tightening security and proactively working with proper authorities to further assess the situation.

“We are devastated to have something occur so close to our door,” it added.

This story will be updated.

Vacation rental wildfire risk: What you need to know