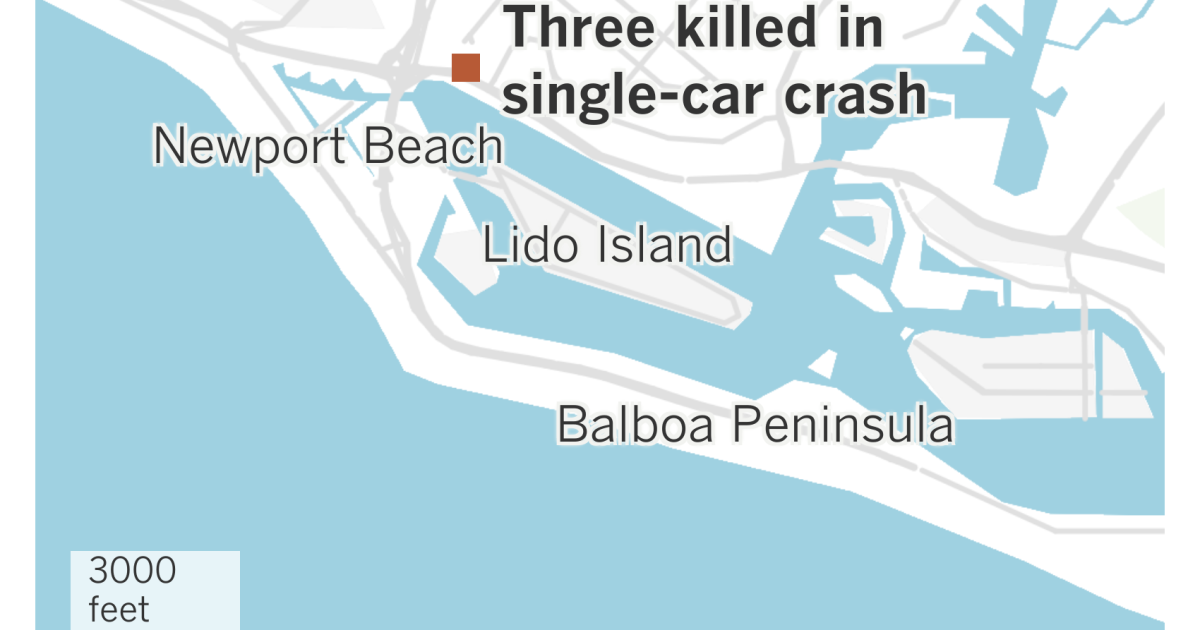 The crash was reported around 12:45 a.m. in the 3000 block of Pacific Coast Highway, the Newport Beach Police Department said in a release.

A vehicle traveling east struck a curb and crashed into construction equipment on the side of the road, police said.

Officers found three people dead in the vehicle and three construction workers with injuries that were not life-threatening.

Those killed were Crystal McCallum, 34, of Texas; Andrew James Chaves, 32, of Arizona; and Wayne Walter Swanson Jr., 40, of Newport Beach, according to the Orange County Sheriff’s Department.

The construction workers were taken to a hospital; it was not clear Thursday evening whether they had been released. It was also not clear what construction project they were working on at the time of the crash.

The incident closed the PCH between Hoag Drive and Riverside Avenue for several hours.

The crash remains under investigation by Newport Beach police.