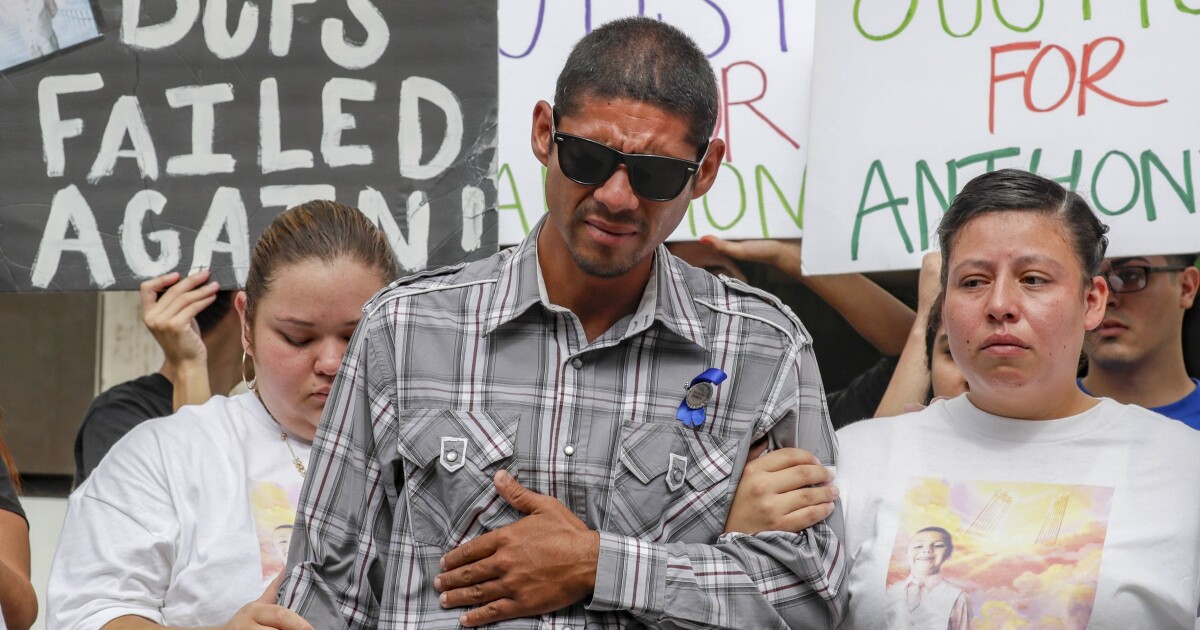 The family of Anthony Avalos, a 10-year-old Lancaster boy who prosecutors say died of child abuse by his mother and her boyfriend, has reached a tentative $32-million settlement with Los Angeles County.

Lawyers for three of Anthony’s siblings and his father confirmed the amount of the settlement on Wednesday, adding that the agreement still requires approval by the county’s five-member Board of Supervisors.

Brian Claypool, one of lead attorneys representing Anthony’s relatives, said the landmark settlement was reached just days before a trial was set to begin in Los Angeles that would spotlight lapses by the county’s Department of Children and Family Services.

“Money will not bring back Anthony Avalos, but it will bring change,” Claypool said in an interview. “It will force DCFS to better safeguard these kids.”

“L.A. County taxpayers are not going to continue to foot the bill on $32-million settlements,” he added. “People in this community are going to be outraged at this and start electing different political officials — unless the board takes a more active role in exacting change within DCFS.”

The settlement will resolve claims from Victor Avalos — Anthony’s father — and three of his siblings, whom their lawyers say also endured abuse at the hands of their mother and her boyfriend.

The mother, Heather Barron, and her boyfriend, Kareem Leive, were indicted by a grand jury in 2018 on charges that they murdered and tortured Anthony and also abused two of his siblings in the household.

Barron and Leiva are being held without bail. Both have pleaded not guilty.

Prosecutors said the couple poured hot sauce on Anthony’s face and mouth, whipped the boy with a looped cord and belt, and held him upside down and repeatedly dropped him on his head. They also alleged the couple alternately withheld food and force-fed him, slammed him into furniture and the floor, denied him access to the bathroom, and enlisted other children in the home to inflict pain on him.

The lawsuit filed in the wake of Anthony’s death accused DCFS and one of its contractors, Pasadena-based Hathaway-Sycamores Child and Family Services, of disregarding concerns about abuse and failing to protect Anthony.

The contractor, now known as Sycamores, was not included in the tentative settlement. A trial involving claims against the nonprofit is scheduled to begin in September.

This story will be updated.

May gray and June gloom are threatened by climate change. Enjoy them while they last