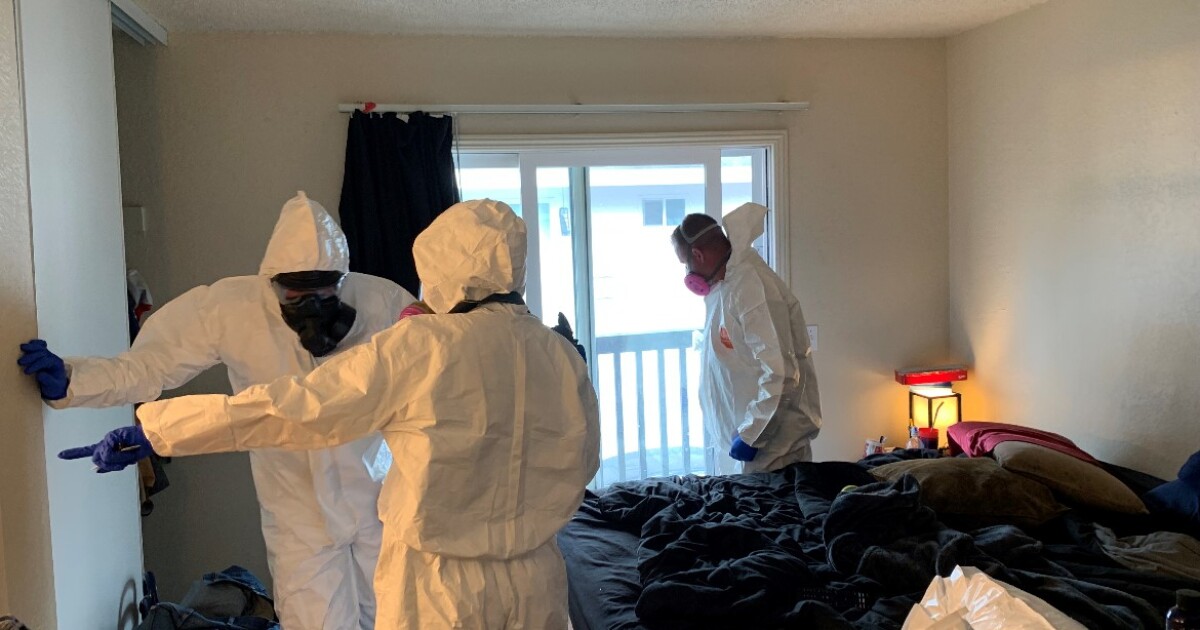 The parents of a 15-month-old girl were arrested Monday in Santa Rosa after the toddler was found unresponsive near what was believed to be fentanyl, police said. The girl was pronounced dead at a hospital.

Evan Frostick, 26, and Madison Bernard, 23, were arrested on suspicion of cruelty to a child likely to produce great bodily injury or death after Santa Rosa police, fire and emergency medical services responded to their home Monday morning regarding an unresponsive toddler, police said.

Officers found that the girl was not breathing, and after emergency medical personnel attempted lifesaving measures, the girl was taken to a hospital where she was pronounced dead.

A substance believed to be fentanyl was spotted near where the toddler was found, prompting detectives to take over the investigation, according to the Santa Rosa Police Department.

Detectives obtained a search warrant and found “packaged and unpackaged suspected fentanyl and fentanyl paraphernalia” in the bedroom, including in the bed where the girl and her parents slept, police said.

Police did not identify the toddler. An autopsy and toxicology test will be performed this week.