Pedestrian is struck and killed by bus in L.A.’s Pico-Union neighborhood 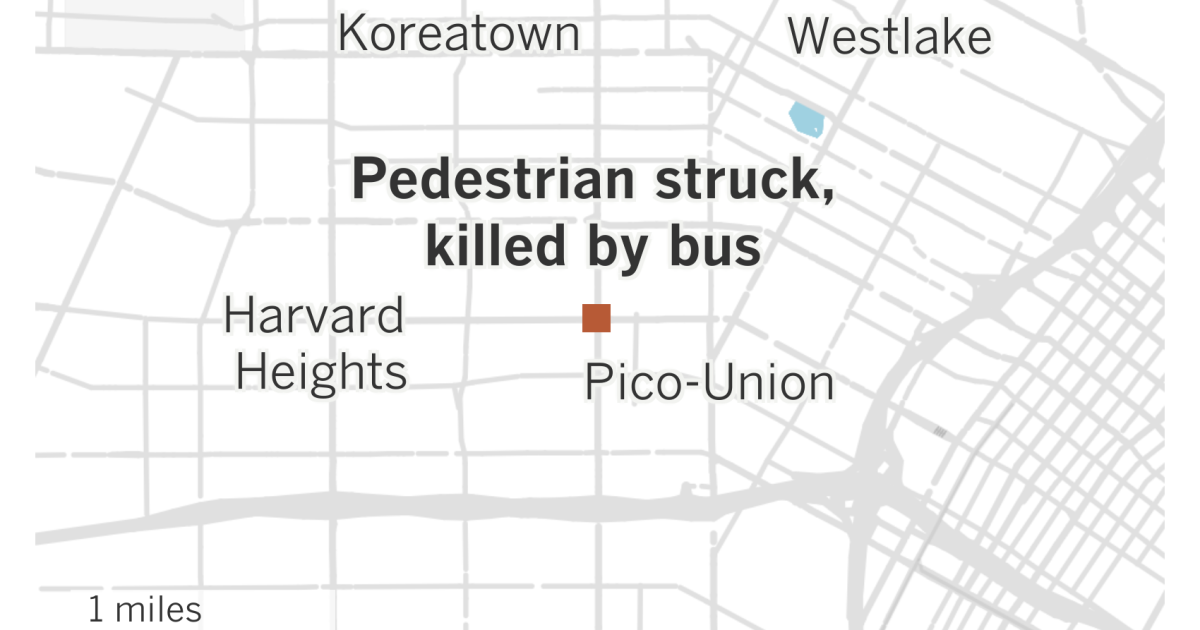 A pedestrian was struck and killed by a bus in Los Angeles’ Pico-Union neighborhood late Thursday night, authorities said.

The pedestrian was declared dead at the scene, Madison said. Officers remained on scene late Thursday to investigate the crash.

Further information about the crash and the victim was not immediately available.

Why California needs more water than ever to end its drought