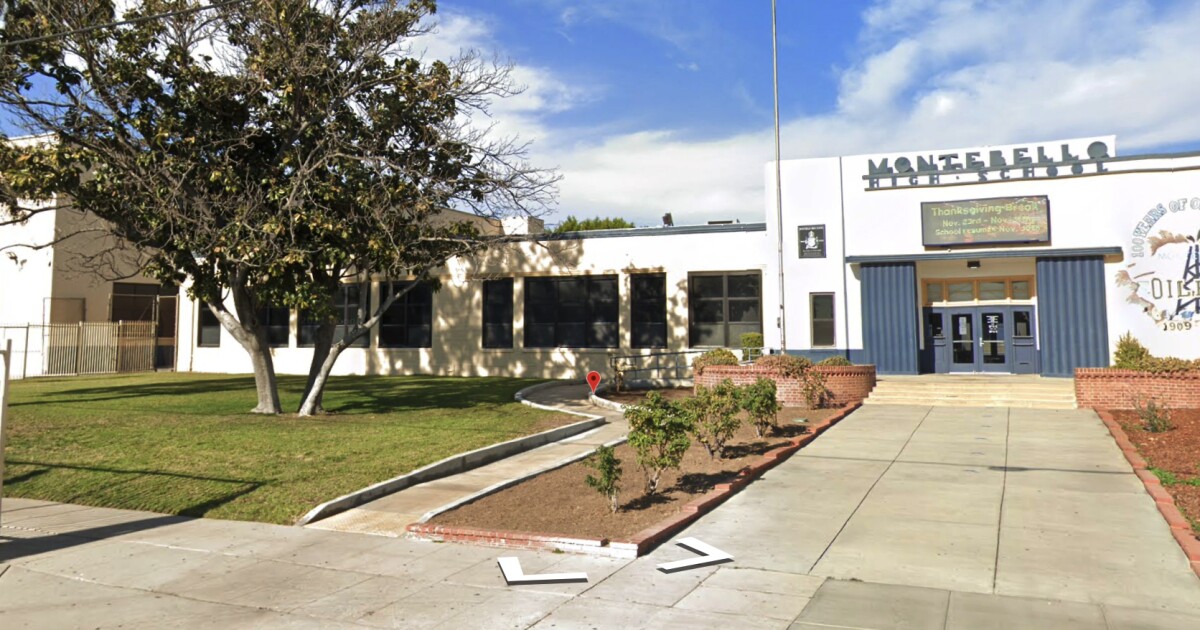 Authorities have cleared Montebello High School after an alleged threat prompted a lockdown at the campus Thursday afternoon.

Police and school officials sent alerts around 3:30 p.m. informing parents and the public of the situation but did not say what the alleged threat was.

At the time, police said “the credibility of the threat is being assessed.”

At 6 p.m., the Montebello Police Department tweeted that the campus and students were safe and that an investigation was ongoing.

Principal Tino Duarte sent a statement to parents at 3:30 p.m.

Authorities did not provide further information about the case on Thursday. Police could not be reached for follow-up questions.

Two suspects sought in gunfight at Compton smoke shop that left one dead, one wounded

Pedestrian is struck and killed by bus in L.A.’s Pico-Union neighborhood