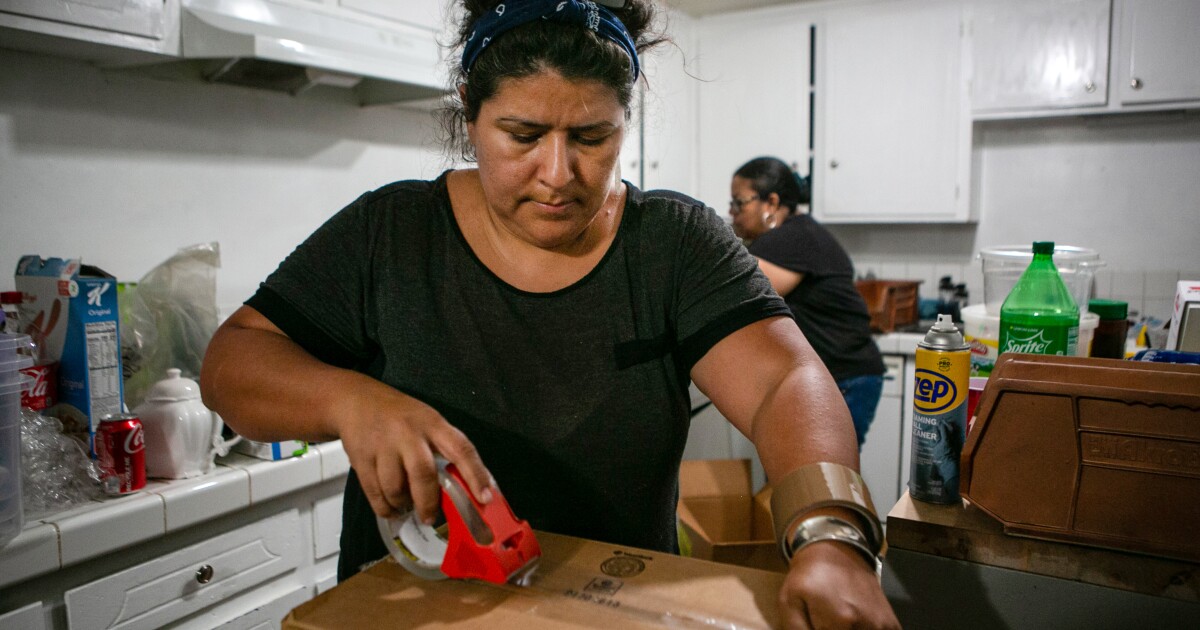 California’s population continued to decline after falling for the first time on record during the pandemic — but that loss is showing signs of slowing, new demographic data indicate.

The state’s population declined by 117,552 between Jan. 1, 2021, and Jan. 1, 2022, bringing the estimated total population to 39,185,605, according to estimates released by the state Department of Finance on Monday. The 0.3% decline represents a slowing compared to the 0.59% drop over the 9-month period between the April 2020 census date and that year’s end, demographers said.

The continued dip underscores shifting immigration patterns, declining birth rates and the large number of deaths due to the pandemic.

“To a certain extent, we have two or three things happening here — the pandemic is there in the sense that natural increase, it really slowed down over these two years. Some of that is a lack of births because of delayed child-bearing decisions,” said Walter Schwarm, chief demographer with the state Department of Finance. “Things are getting a little better, fertility is coming back after the pandemic.”

Population growth remained strong in the interior counties of the Central Valley and the Inland Empire, but the majority of counties saw declines, data show, including every coastal county except San Luis Obispo, Santa Barbara and Santa Cruz. That limited coastal growth is due in part to college students returning to campus, demographers said.

“The addition of COVID-19-related deaths, federal policies restricting immigration and an increase in domestic out-migration further affected population totals,” the state Department of Finance said in a statement. “Overall growth was also affected by continuing federal delays in processing foreign migration: while last year saw positive immigration (43,300), the level was below the average annual rate of 140,000 before the pandemic.”

Only two counties showed growth above 1%: Yolo, due to increases in college group quarters such as dorms, and San Benito, because of housing gains. At the same time, 34 of the state’s 58 counties lost population. The biggest drops occurred in Plumas, Lassen, Butte, Del Norte, Napa, San Mateo, Marin, Shasta, San Francisco and Ventura counties.

L.A.'s anti-camping law is a patchwork of compliance