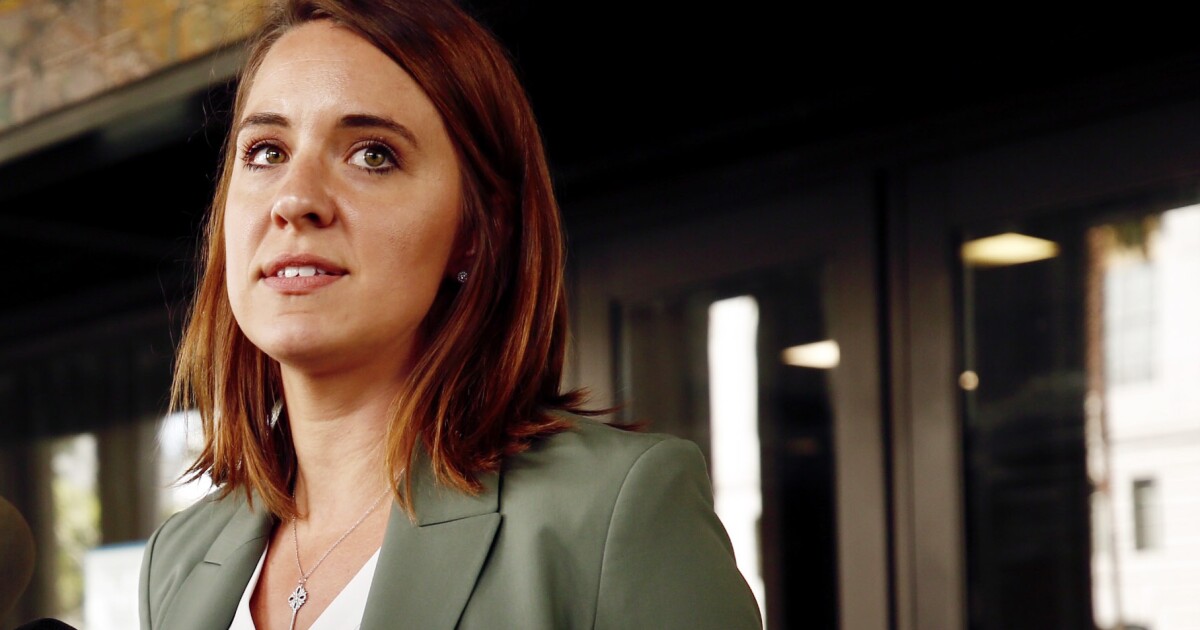 The head of the Los Angeles Homeless Services Authority tendered her resignation Monday over a disagreement with the organization’s board about the salaries of its lowest–paid staffers.

Heidi Marston, LAHSA’s executive director, leaves at a pivotal moment as elections in the city and county — along with the resolution of a years-long legal fight over homelessness in Los Angeles — could alter the strategy for how the region addresses its homeless population.

Marston started in the job in an interim capacity in 2019 and oversaw the agency, which is a joint-powers authority between the city and county of Los Angeles, throughout the COVID-19 pandemic. She was instrumental in helping coordinate and set up a network of rented hotels where homeless people vulnerable to the virus could stay in individual rooms.

When she started, she said in her letter to the board announcing her departure, LAHSA employees were making as little as $33,000 and the organization was experiencing an enormous amount of turnover as a result. In March 2021, Marston raised the annual salary of 196 employees at LAHSA to $50,000 and froze the compensation of the organization’s 10 highest-paid staffers, according to the letter.

The organization’s oversight commission, which is made up of people who are appointed by city and county politicians, questioned her decision.

“Since making this decision, I have been accused of undermining ‘management’s position’ in re-negotiating LAHSA’s new Union Contract,” she wrote in a letter to board announcing her planned departure.

“My decision to increase LAHSA’s compensation floor to $50,000, as well as my decision to freeze compensation increases for our most highly-compensated employees, addressed the permanent need — as well as the pressing need of this moment in history — to align our commitments and values at every level of our work.”

Neither Marston nor members of LAHSA’s board of commissioners immediately responded to a request to comment. In her letter Marston said her resignation would take effect May 27.

This story will be updated as more information becomes available.

Column: Musk is the beginning of the end for #BlackTwitter