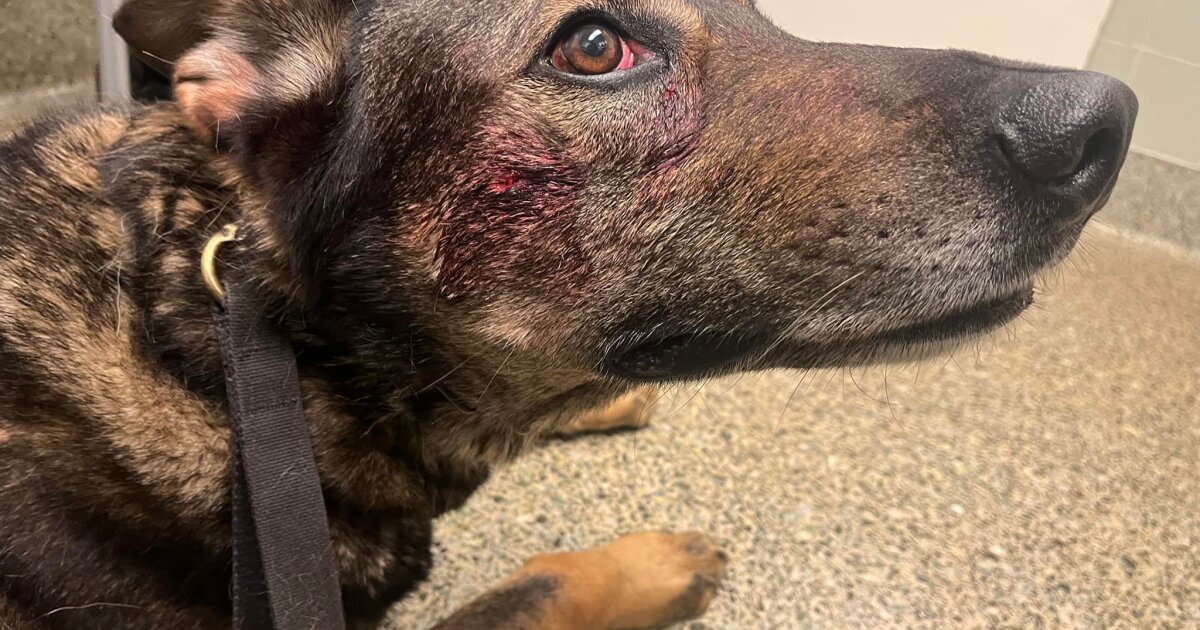 Authorities in the Bay Area arrested a man suspected of a break-in Wednesday after he stabbed and bit a police dog, officers said.

Kurt Dasilva, 44, was booked into Solano County Jail on multiple felony charges after he was treated at a hospital, according to the Fairfield Police Department.

Around 2 p.m., authorities received a report of a man breaking into a home in the 1700 block of Elm Street in the North Bay city, police said.

The resident left the home while contacting dispatchers, police said. At the same time, authorities got a report from an Amazon driver that a man threatened to kill him and take his delivery truck.

Officers responded and saw Dasilva running around inside the home, police said. They tried unsuccessfully to get him to come outside.

“The suspect bit K9 Cort in the face and stabbed him on his left side with a knife,” police said. “The suspect appeared to be under the influence of drugs. Officers were able to safely take the male into custody.”

Cort was treated at UC Davis Veterinary Hospital and is recovering at home with his handler, police said.

Jail records show Dasilva was booked on suspicion of carjacking, burglary, harming a police horse or dog, and on a parole violation, all felonies.

He was also booked on suspicion of misdemeanor obstructing or resisting an officer, records show.