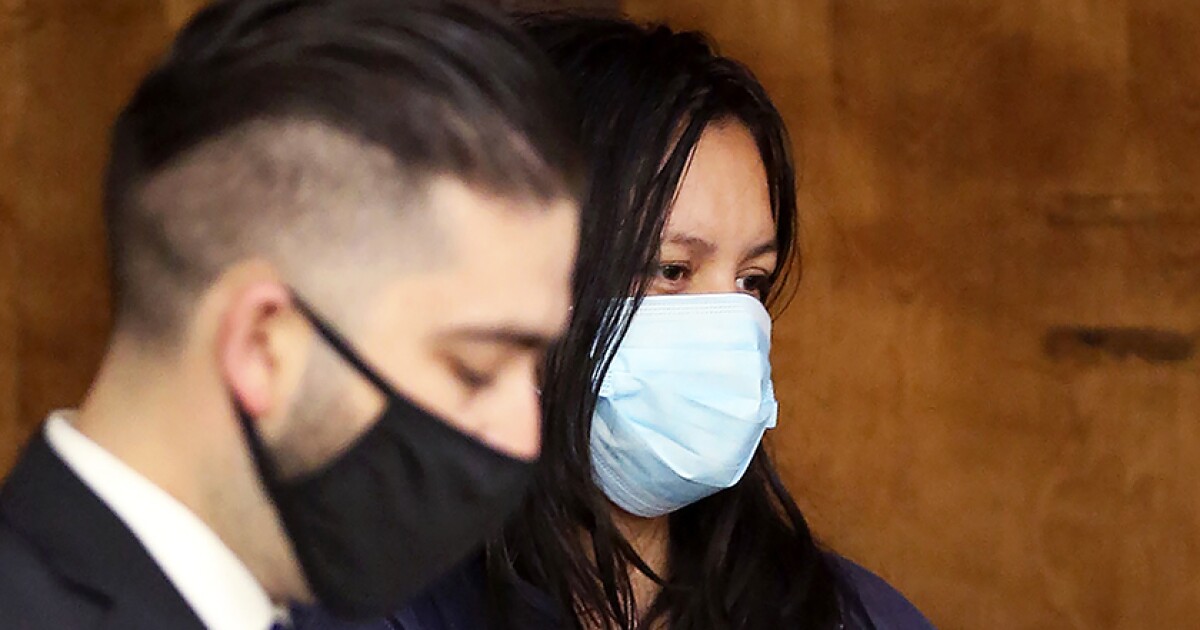 The father of three young children whose mother admitted to killing last year has filed a wrongful death lawsuit against Los Angeles County and the city accusing social workers and the LAPD of repeatedly ignoring warnings about the danger the woman posed and failing to follow the law.

Erik Denton’s lawsuit, filed Thursday, comes more than a year after his three children — Joanna, 3; Terry, 2; and Sierra, 6 months — were found dead April 10 in an apartment in Reseda. The children’s mother, Liliana Carrillo, admitted in a television interview to drowning them.

Denton is suing the county and city, alleging that Department of Children and Family Services social workers and Los Angeles police failed to adequately investigate and cross-report to each other despite numerous accounts of Carrillo’s behavior. She is now charged with the murders of her three children.

The lawsuit alleges that on at least 18 occasions, social workers and police officers violated the California Child Abuse and Neglect Reporting Act requirements to investigate and cross-report information they had gathered.

Despite reports that Carrillo was consumed by the idea that Denton’s hometown of Porterville, Calif., was the site of a child sex-trafficking ring and she was to blame for the COVID-19 pandemic, both police and social workers refused to remove the children from her care in the month before the killings.

Authorities also ignored a Tulare County judge’s order to remove the children from her custody after she fled to Los Angeles from Central California, fueled by delusions echoed by QAnon believers. She struggled with postpartum depression, anger and childhood trauma, Denton recounted in court records.

“It was a preventable tragedy,” said attorney David Casey, who filed the suit for Denton. “It was a blatant failure to investigate child abuse reports, and there were numerous failures to cross-report so the social workers and police officers knew what the others were doing.”

The lawsuit echoes a Times investigation that found L.A. County’s child welfare agency and LAPD were alerted, on numerous occasions, that Carrillo was a danger to the young children but ignored those warnings.

L.A. County’s DCFS received several reports involving the family. But despite repeated conversations with the children’s father and his family as well as a court order from a Tulare County judge that restricted the mother’s custody, social workers opted to keep the children with Carrillo, according to records and interviews The Times found.

Denton and his cousin, Dr. Teri Miller, an emergency room physician in Los Angeles, “begged” police for help in person on two occasions. They explained Carrillo was suffering a psychotic episode following a postpartum belief that a pedophile ring was targeting her children.

“I want to see real changes happen so that horrific act never happens again,” Miller said in an interview this week. She said that despite ignoring her cousin’s warnings, “no one has attempted to apologize to him.”

L.A. County’s child welfare agency, the largest in the nation, previously declined to comment to The Times on the specifics of Carrillo’s case, citing state confidentiality laws. They did not immediately respond to requests for comment on Denton’s lawsuit.

In an interview and in petitions to a Tulare County judge, Denton said that Carrillo had struggled with postpartum depression for years. She had expressed thoughts of suicide and in recent months, she had “lost touch with reality,” he said.

Tulare County received warnings about the family in late February 2021. At the time, Carrillo had accused the children’s father of participating in a pedophile ring in Porterville and allowing someone to molest one of their daughters, according to Denton’s account in court records and interviews. Police in Porterville were called to the home, Denton said in court papers, but the officer made no arrests.

Days later, around Feb. 26, Carrillo’s mother drove up from L.A. to pick up her daughter and their three children. A social worker from Tulare County reached out to Denton after he contacted a mental health hotline, and according to records later filed in court, he said the social worker expressed concern about Carrillo’s paranoid and agitated mental state and instructed him on how he could petition a court to intervene. According to the lawsuit, she encouraged him to get a protective order.

Denton secured an emergency court order for the children’s custody in March 2021, and the judge required that any visits between Carrillo and the children be supervised at a special facility in Porterville. But the Tulare County social worker was forced to close out her file and transfer it to L.A. County DCFS on March 1, and the suit alleges the agency should have recognized the “substantial risk” she posed.

According to the suit, Miller, who has experience in handling psychotic patients in the emergency room, alerted the DCFS hotline twice and got no response.

The suit alleges DCFS social worker Lauren Stanley visited Carrillo on March 9 and documented her unfounded pedophile allegations, which echoed QAnon theories, but took no further action. The agency also did not cross-report the visit to law enforcement, according to court documents.

“The social worker talked to Erik and said, ‘I don’t believe Liliana will harm these children,’ ” Miller said last year following the killings.

On March 4, Miller and Denton called 911 in L.A. several times to report Carrillo’s location, the danger she posed and the existence of a custody order giving Denton emergency custody.

Later that day, they met with two LAPD officers and begged police to take Carrillo to a mental health facility for psychiatric evaluation. Both told police the woman was a danger to the children and herself. The lawsuit alleges the officers failed to investigate or cross-report the abuse and instead said “they might try Los Angeles County Sheriff’s or go back to court for another type of custody order.”

Carrillo received the order around March 12, according to records, and afterward, she went to the LAPD’s West Valley station, where Denton had requested she hand over all three children. There, an officer notified her of the consequences of failing to abide by the court order. Carrillo opted to disregard it. The suit alleges again that officers did not investigate or cross-report what they learned as required by law.

Last year, LAPD Deputy Chief Alan Hamilton told The Times the police department typically follows directions from DCFS in child custody matters. “If DCFS told us they were going to the apartment and needed our help, we would have been there,” Hamilton said. Subsequently, LAPD’s internal affairs unit launched an investigation into how West Valley officers handled the reports.

On March 18, DCFS received an anonymous mandated reporter call to the child protection hotline about the danger Carrillo posed to her children. Eight days later, social worker Lauren Stanley reported to DCFS medical hub, “it appears that Mother may be having some type of mental health episode.” But the suit said no one informed the police.

During a visit on April 7, the social worker documented Carrillo’s alarming behavior toward her children, but again, no one told the police as required by law, according to the lawsuit.

On April 10, Carrillo’s mother discovered the three slain children in an apartment in Reseda, which prompted a massive search for Carrillo, who had fled north.

In the early morning hours, Carrillo tapped out a message to an unnamed judge and several media outlets and attached 100 pages of documents portraying herself as protecting her kids from abusers.

“I don’t know when I became a target, but I know that Porterville is the root of all evil right now,” she wrote. “I am removing myself and my children from this world because nothing will ever be the same. There is no going back from here.”

Authorities alleged Carrillo drove north on Highway 65 and crashed her vehicle about 10 miles outside Delano. She took another man’s truck, authorities said. She was eventually arrested near Ponderosa, in Tulare County. Carrillo is in custody in Los Angeles County now awaiting trial. She declined to enter a plea to the three murder charges filed against her. Her case has been repeatedly delayed since it was filed a year ago.

The suit alleges that Denton suffers physical and emotional injuries and unrelenting anguish over the killings. Miller said he remains stricken by grief and frustrated by the missed opportunities to protect his children.

“Erik wants answers about why they didn’t protect his children,” she said.