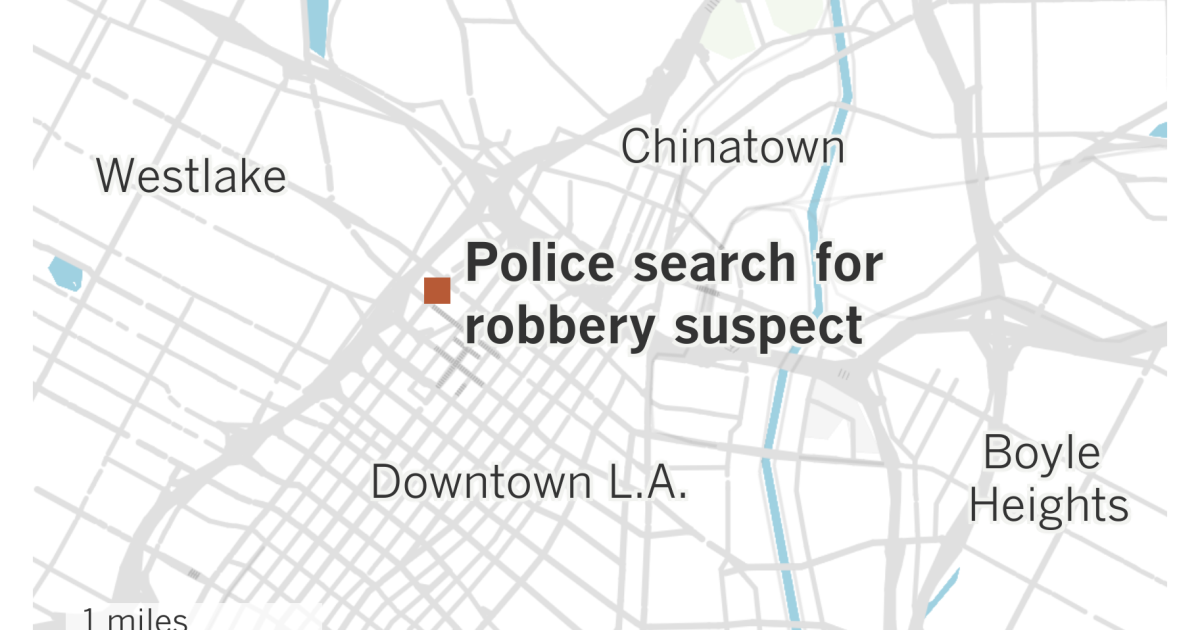 Authorities arrested a follow-home robbery suspect and are searching for a second suspect in downtown Los Angeles after the pair ran from a car while being followed by a surveillance team Wednesday, according to the LAPD.

Around 1 p.m., investigators saw a vehicle traveling at high speeds south on West 1st Street near North Fremont Avenue, said Capt. Kelly Muniz, a Los Angeles Police Department spokesperson. The vehicle crashed into a railing near the 100 block of West 1st Street, and two men ran from the scene.

One suspect was taken into custody a short distance away, Muniz said. Officers discovered he was armed with a handgun.

The second suspect was last seen running into a vacant building in the 100 block of North Figueroa Street, Muniz said.

A police dog was brought in for a search for the second suspect, who may be armed, Muniz said.

Investigators said the suspects were in a stolen vehicle.

Capt. Jonathan Tippet, of the department’s Robbery-Homicide Division, said the men were being tracked by a surveillance team in an unmarked unit.

The unit is part of a task force investigating a series of follow-home robberies over the last six months, Tippet said.

This story is developing and will be updated when more information is available.