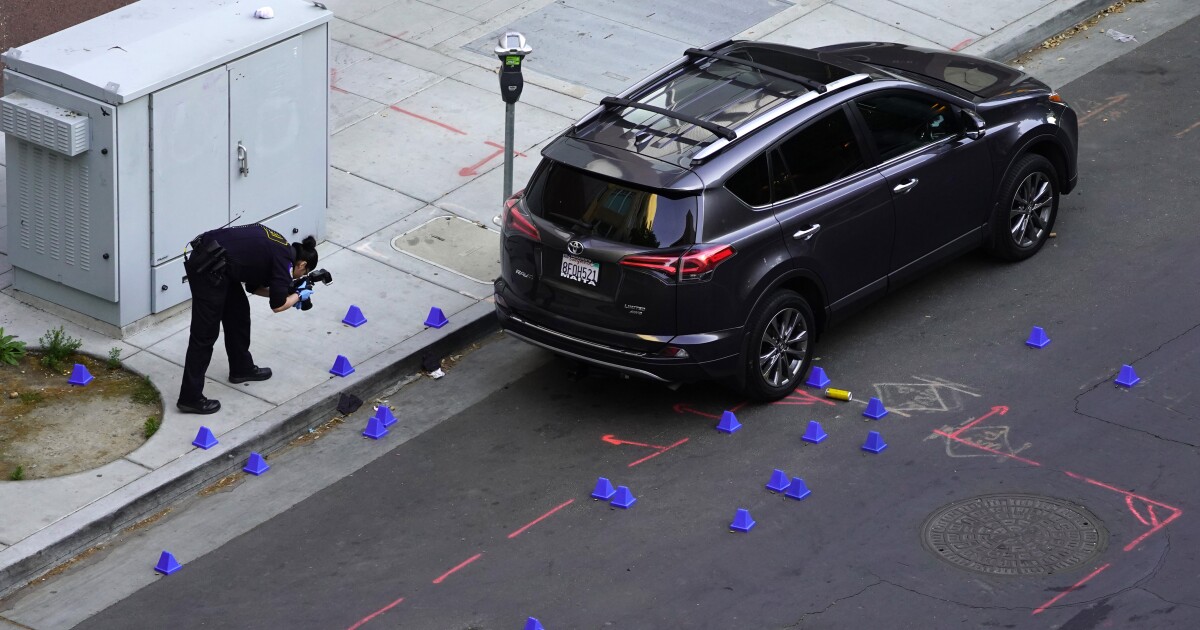 Police have identified a man they believe is among those responsible for the shootout that killed six and wounded 12 in downtown Sacramento this month, officials said Tuesday, but they have exhausted “all leads” and need the public’s help to find him.

In a news release, Sacramento police named Mtula Payton, 27, as one of five alleged shooters who fired off more than 100 rounds in the early hours of April 3 in a gun battle that caught dozens of downtown patrons in the crossfire in the worst instance of gun violence in the United States this year.

Three fathers, two young women, and a homeless woman popular in the neighborhood were killed.

Initially, police described the shooting, which took place just blocks from the state Capitol, as involving a man firing from a car driving up 10th Street. Within days, police said the evidence had led them to conclude it was a gang-related shootout that involved at least five shooters. Only one gun was recovered at the scene.

In their news release Tuesday, police also named a second alleged shooter, Smiley Martin, 27, who had previously faced gun charges in connection with the incident. Martin is in the hospital being treated for gunshot wounds but will move to the Sacramento County jail when he recovers.

A third man, Dandrae Martin, 26, brother of Smiley, has also been named as a shooter, although not yet formally charged. He is currently in jail on gun charges.

Police said they have made “multiple attempts to locate and arrest” Payton, to no avail. “We’re asking that anyone with information about Payton or others involved in the shooting share it,” police said.

Before the shooting, Payton was already wanted on multiple felony warrants, including domestic violence and gun charges. The most recent warrant — for domestic violence — stems from the afternoon of the shooting, when police were called to the home of one of Payton’s relatives and encountered a woman with injuries she said Payton had inflicted. Payton was not there, but after talking to the woman, police issued an arrest warrant.

“We are examining all aspects of this incident to understand it as thoroughly as possible,” police said in their news release.

Court records indicate that all three named suspects in the deadly shooting are now known to have been involved in domestic violence incidents in the past, a factor that gun violence researchers say has a correlation with mass shootings.

Dandrae Martin served time in Arizona on domestic violence charges stemming from an attack on the mother of two of his children in which he allegedly hit her face, choked her and stepped on her neck.

Smiley Martin, Dandrae’s older brother, was sentenced to 10 years in prison in California after he was charged in a domestic violence incident in Sacramento in which court records say he beat the victim until blood covered her eyes, and later whipped her in the face and arm with his belt.

Sacramento Police Chief Kathy Lester said her department is working to conduct a thorough investigation so the district attorney can “present cases that will bring justice to the families of the victims and our entire community.”

She added that “the investigation has moved very quickly in this first week and it will continue until we can present prosecutors and the public with a complete picture of this terrible crime.”

The Sacramento Police Department encourages any witnesses with information to contact the dispatch center at (916) 808-5471 or Sacramento Valley Crime Stoppers at (916) 443-HELP (4357). Callers can remain anonymous and may be eligible for a reward up to $1,000. Anonymous tips can also be submitted using the free “P3 Tips” smartphone app.