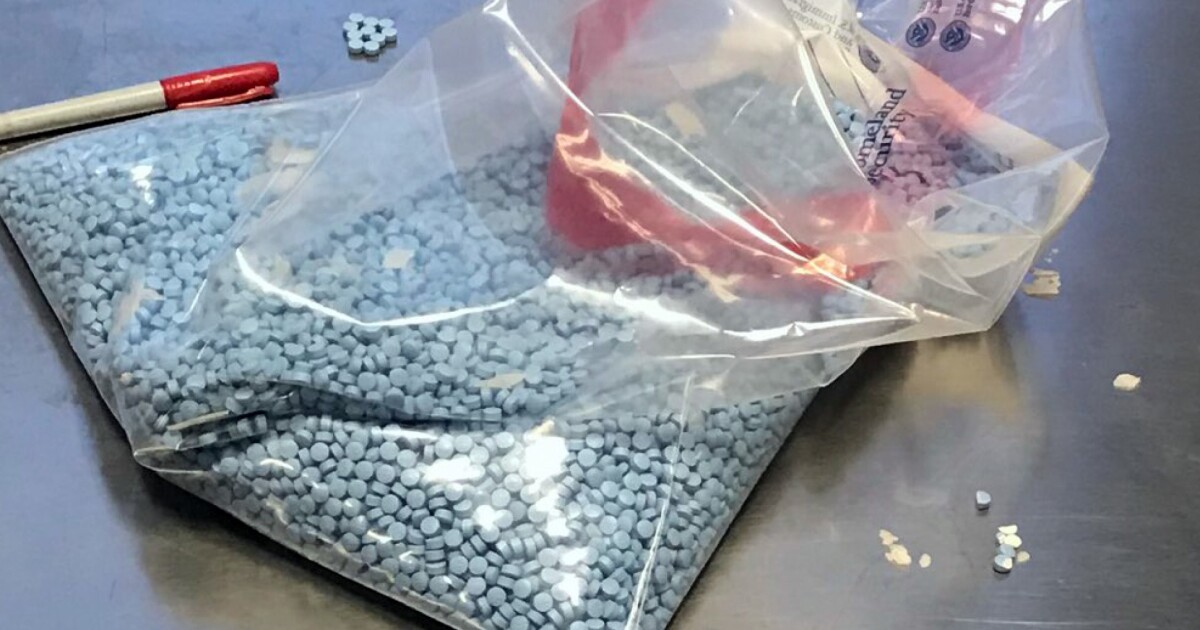 Deadly drug overdoses among U.S. teenagers have more than doubled in frequency in recent years, even as those in the age group became less likely to use illegal drugs, researchers from UCLA and elsewhere found in a newly published analysis.

The findings underscore the fact that teens face serious danger from the kinds of drugs circulating in the United States, including the powerful opioid fentanyl and other synthetic opioids and benzodiazepines, said Joseph Friedman, a UCLA addiction researcher and lead author of the study, published Tuesday in the Journal of the American Medical Assn.

“The bottom line is, the drug supply is just becoming a toxic mess,” Friedman said.

Drug use among teens is not becoming more common, Friedman said, but it is growing much more dangerous. Teens used to be more insulated from the dangers of fentanyl, because they didn’t typically experiment with the kinds of drugs to which fentanyl was added in the past. That is no longer the case, as the synthetic opioid is popping up in counterfeit pills, he said.

Fewer teens are experimenting with drugs, but those who do “are at a much higher risk of overdose death because of the spread of counterfeit pills that look like Percocet and OxyContin or Xanax, but they’re actually illicit fentanyl,” he said.

Many teens mistakenly believe that pills are a safer way to experiment with drugs, not realizing that they could be taking fake pills containing fentanyl that can vary in potency, said Morgan Godvin, co-author of the new study and a member of Oregon’s Multnomah County Local Public Safety Coordinating Council.

“The West Coast has been very hard hit by the shift away from black tar heroin into counterfeit pills,” said Godvin. Such fake pills may be intentionally purchased by adults, she said, but “the trickle-down effect is that those pills are getting into the hands of teenagers who do not realize that it’s fentanyl.”

Counterfeit pills emerged in the U.S. in California and Arizona but have increasingly been found across the country, said Bryce Pardo, associate director of the Rand Drug Policy Research Center. Some users may be seeking fentanyl in tablet form, but the fake pills are particularly risky for novice or casual drug users, he said.

“This is particularly worrisome for people buying non-opioids like benzos,” who haven’t built up tolerance to opioids and can end up overdosing on fentanyl, said Pardo, who was not involved in the study.

Friedman said that based on available records going back decades, this marks the first time there has been such a sharp increase in deadly overdoses among teens, calling it “totally unprecedented.”

The team of researchers used data from the Centers for Disease Control and Prevention to calculate the rates of overdose deaths among 14- to 18-year-olds, tracking how they changed from January 2010 to June 2021.

The death rate for drug overdoses in that age group had been generally stable for a decade, then nearly doubled between 2019 and 2020 and continued to rise early in 2021, reaching a rate of 5.49 deaths per 100,000 adolescents, they found.

The surge in the death rate occurred even as teens became less likely to report using drugs. The year before the COVID-19 pandemic began, less than a third of high school sophomores reported having used illegal drugs in the previous year; last year, the number fell below 19%, according to surveys by the Monitoring the Future study at the University of Michigan.

The spiking rate of overdose deaths was tied to more deaths involving illegal fentanyl and other synthetic drugs, with fentanyl identified in more than 77% of fatal overdoses among adolescents in the first half of 2021, researchers found. American Indian and Alaska Native teens faced the highest risk of overdose death, followed by Latino adolescents.

Godvin said teens need to know about the rising danger from fake pills, which would require “a complete revamping of drug education.” The findings also underscore the need to improve teens’ access to naloxone, a medication that can reverse opioid overdoses, and to testing strips to detect fentanyl, she said.

In their analysis, the researchers cautioned that the overdose trends revealed by the study did not account for the possible role of suicidal thoughts, social isolation and other factors tied to the COVID-19 pandemic. The research was funded by the UCLA Medical Scientist Training Program, the National Institute on Drug Abuse and the Korein Foundation.