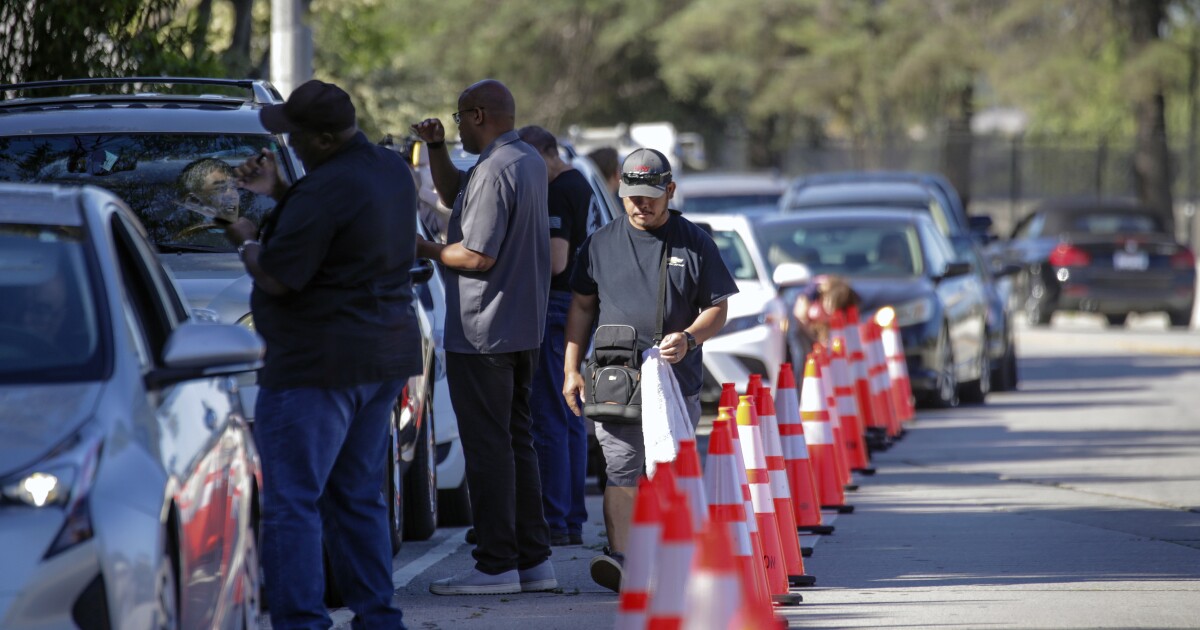 Deputies initiated a pursuit of a silver Honda Odyssey van near the 5 Freeway and Valencia Boulevard shortly before 3:15 a.m., said Lt. Brandon Barclay of the Santa Clarita Valley Sheriff’s Station. They canceled the chase a short time later as the driver sped off erratically, he said.

“It’s like those guys were destined to go to jail,” he said.

The deputy received minor injuries and was taken to a hospital as a precaution. Two suspects in the van were taken into custody and transported to a hospital. They suffered severe injuries, with one sustaining a fractured jaw and a possible brain bleed, Barclay said.

Six to eight catalytic converters were recovered from the van, Barclay said. Catalytic converter thefts have skyrocketed since the start of the pandemic. The parts contain precious metals, and they can be quickly cut off using power tools or simple handsaws, making them highly sought by thieves, according to authorities.

Because of the global demand for the critical emission-control devices, just an ounce of the precious metals can be worth thousands of dollars, authorities said.

A recent event hosted by the Los Angeles Police Department and sponsored by the L.A. County Sheriff’s Department at which people could have their cars’ vehicle identification numbers etched onto their catalytic converters drew hundreds of motorists. The etched-on VINs are intended to help law enforcement build a case against a thief and could deter recycling businesses from processing the stolen parts or looking the other way, authorities said.