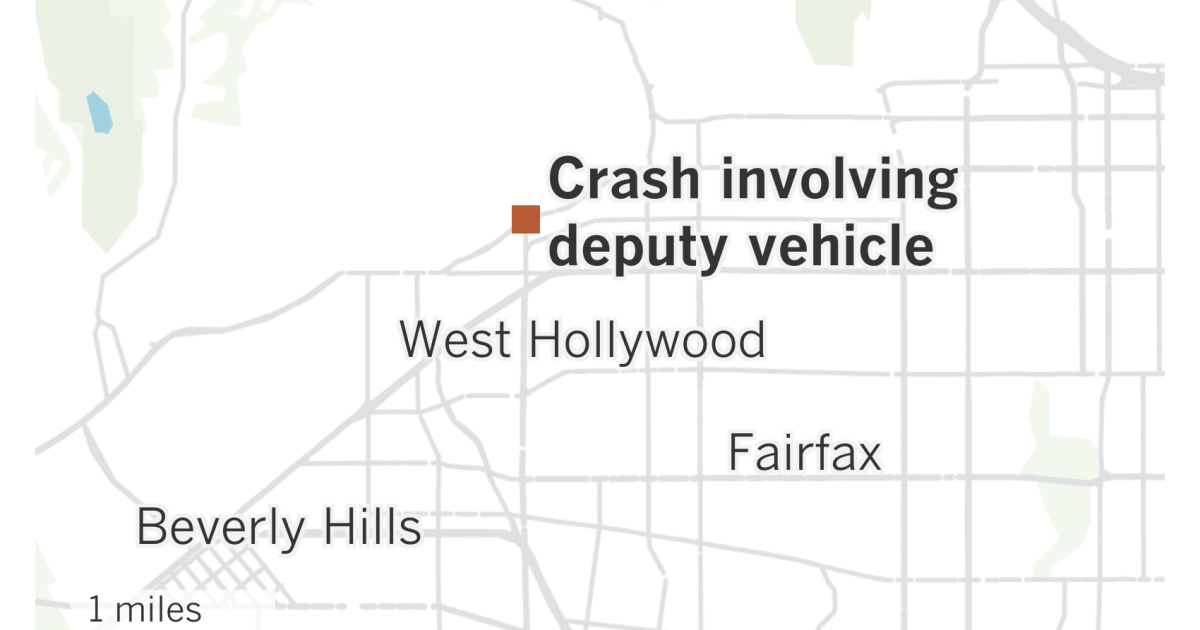 Firefighters were called at 10:15 p.m. to the intersection of La Cienega and Sunset boulevards and took two people to a hospital, said Michael Pittman, a supervising dispatcher for the Los Angeles County Fire Department.

Pittman couldn’t confirm whether the injured people were deputies.

A Sheriff’s Department spokesperson said he could not confirm any information about the crash and referred The Times to the department’s West Hollywood Station.

A deputy at the station told The Times no one was available to answer questions.

Images broadcast by a KTTV Channel 11 helicopter show a Sheriff’s Department patrol SUV stopped near a telephone pole at the intersection. The SUV’s door is open. Debris litters the ground nearby.

Feet away, a dark-colored sedan can be seen with significant front-end damage.

2 arrested in largest drug bust in O.C. in more than a decade