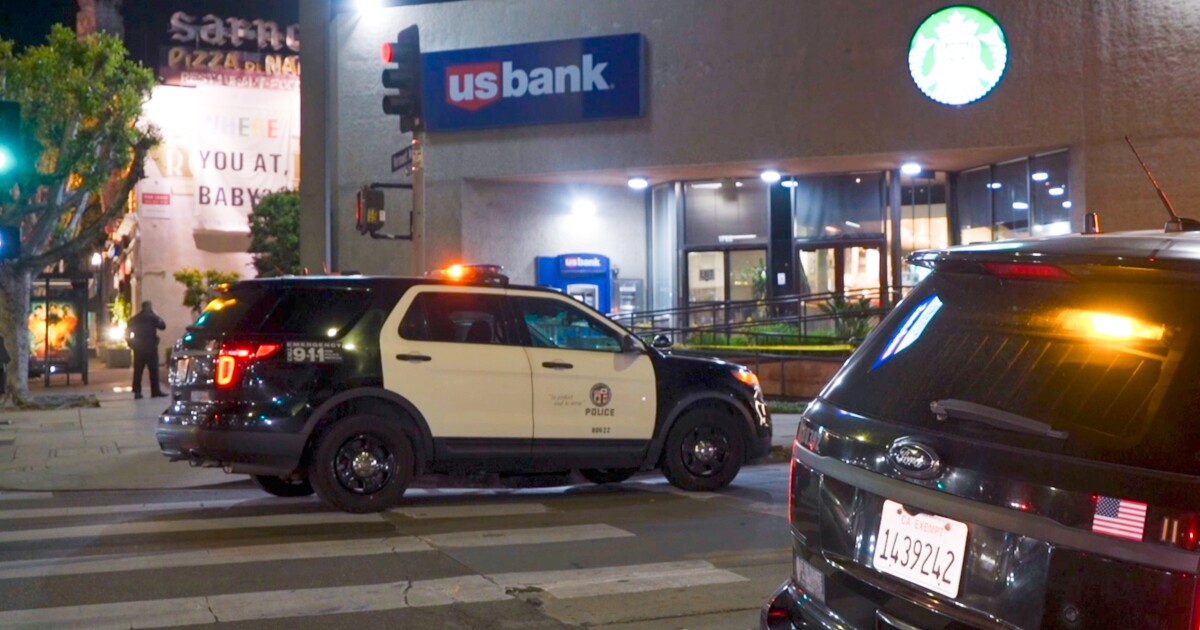 Authorities are investigating after two people were stabbed along a short stretch of Vermont Avenue in Los Feliz early Wednesday morning.

The first victim, a man, was stabbed multiple times around 12:22 a.m. near the B Line station on Vermont Avenue at Sunset Boulevard, said Los Angeles Police Department spokesman Matthew Cruz.

The victim was taken to a nearby hospital, where he remains in critical but stable condition, Cruz said. He could not confirm where on his body the victim was stabbed.

The second stabbing happened only minutes later, around 12:25 a.m., near the intersection of Vermont Avenue and Prospect Avenue — about a quarter of a mile away.

In that instance, a woman was sitting on stairs in the area when she was approached by an unknown man.

“It looks like there was an altercation that ended with the victim getting sliced and stabbed,” Cruz said.

The woman was taken to a hospital.

The suspect in that stabbing was described as a bald man wearing a white T-shirt and black pants. He was about 5 feet 7 and 150 pounds and had tattoos on his hands, Cruz said.

Video of the scene captured by OnScene.TV shows an officer wrapping caution tape around the steps of a US Bank and Starbucks on that corner. Blood stains are visible on the ground.

Anyone with information is asked to contact the Los Angeles Police Department at (323) 561-3477.