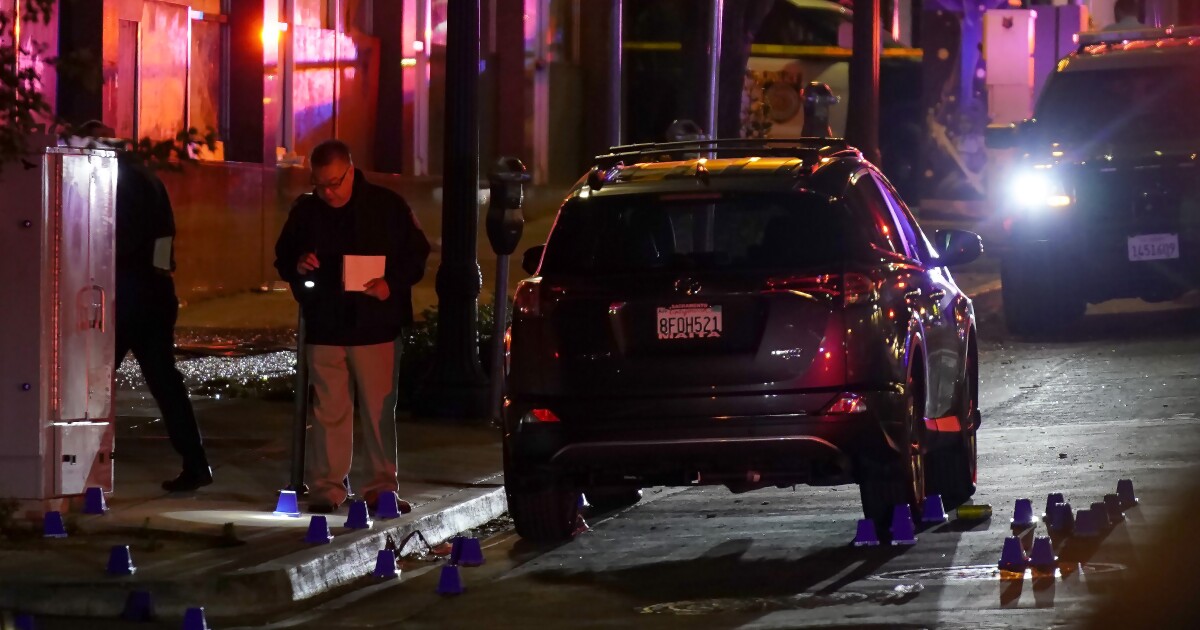 Sunday morning was a time of anxiety and grief for families who awaited word about whether their loved ones were victims of the downtown Sacramento mass shooting that killed six and wounded 10.

Relatives gathered about a block from a bar where the gunfire is believed to have erupted early Sunday morning, hugging each other, looking for information, and coming to terms with terrible losses.

Among the crowd was Emone Savoy, who believed he had lost two friends overnight. One, whom he called Lil Ezy, he had known since they were children and considered a brother.

Savoy was walking on the street nearby but went to meet a cousin.

The shooting occurred before he could return.

“He was my best friend,” said Savoy, who declined to give Lil Ezy’s real name.

Savoy stood with a group of other family members and friends, more than a dozen in all.

“Why did they do this to my baby?“ cried one woman as she stood at the scene, referring to the shooter or shooters, who have not yet been identified. She was standing with community activist Stevante Clark, whose brother was shot by Sacramento police in 2018.

The gunfire erupted around 2 a.m. in the heart of downtown Sacramento’s night life district. Witnesses said the bars closed and people spilled out into the street when the shooting began.

Police said they don’t know the motive for the shooting and are searching for a suspect or suspects.

Fred Harris said his daughter called him about 2:30 a.m. to tell him that his son Sergio Harris, 38, had been shot to death.

“She said put your clothes on and come down here,” he said. He had been circling the crime scene ever since looking to see if he could find his child.

As Harris talked, his daughter Kay and other family members arrived. Kay pulled her father away from a reporter, saying he had talked enough and had been up all night.

The family stood just behind the police line at 10th and L streets, peering at the devastating scene and crying.

Other people pulled up in cars.

“My sister was there,“ one man called through his car window, saying he was desperate for information.