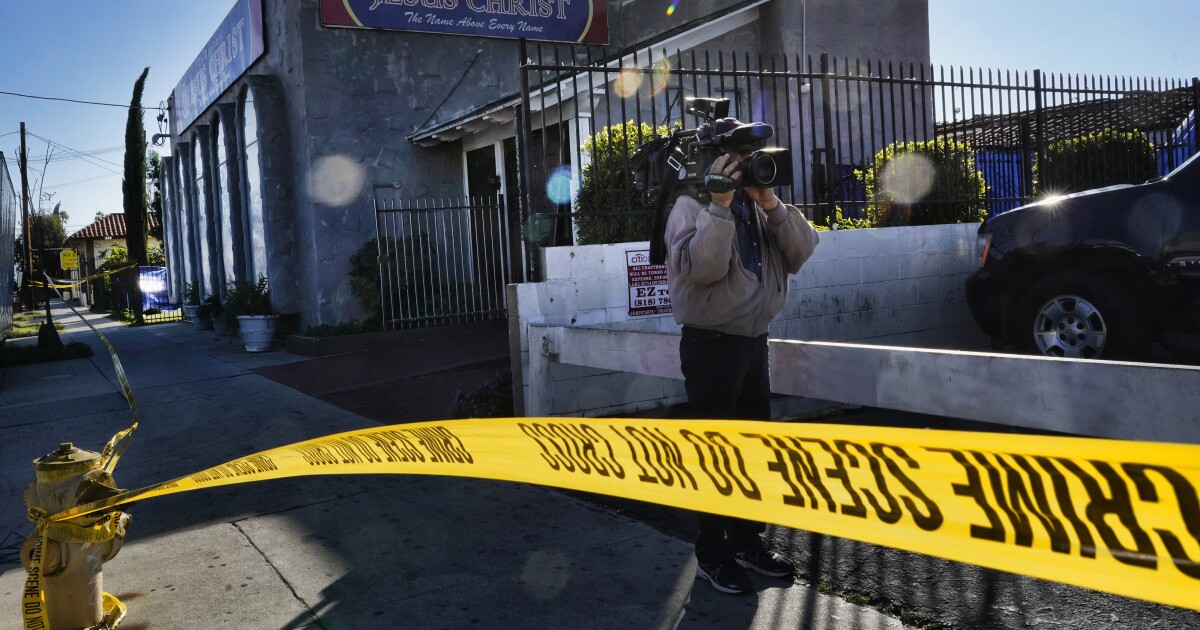 A Los Angeles paralegal has agreed to plead guilty to helping a Philippines-based church commit immigration fraud by setting up sham marriages, and whose unwitting victims were then forced to solicit donations in the U.S. to finance the lavish lifestyle of church leaders, federal prosecutors said Friday in court documents.

Maria De Leon, a 73-year-old resident in Koreatown who owned and operated Liberty Legal Document Services, could be sentenced to up to five years in federal prison, prosecutors said. De Leon was arrested in November at her home along with five other administrators.

As a part of a plea deal, De Leon has agreed to cooperate in the federal government’s case against the church’s administrators, including its founder, Apollo Carreon Quiboloy.

A federal grand jury in November indicted Quiboloy and other administrators of the church called Kingdom of Jesus Christ, The Name Above Every Name, in connection with accusations of a labor and sex trafficking scheme in which they recruited females 12 to 25 years old to work as personal assistant for Quiboloy, including having sex with him.

Quiboloy and three other church administrators are fugitives and are believed to still be in the Philippines, according to federal prosecutors. Quiboloy was placed on the FBI’s Most Wanted list earlier this year.

According to her plea agreement, De Leon filed fraudulent paperwork in at least 10 separate instances between 2013 and 2020 on behalf of the church’s members, entering them into sham marriages with other followers who already have U.S. citizenship.

Once the members entered the U.S., administrators confiscated their identification forms and forced them to solicit money on the street for the church, the indictment said. The members often worked very long hours and slept in cars, according to the indictment.

Although workers told potential donors that the money would go toward a Glendale-based Children’s Joy Foundation, the donation instead went to Quiboloy and the church. The money went to build a stadium in the Philippines and to reward the “personal assistants” who were obedient to Quiboloy, according to the indictment.

Quiboloy threatened and physically abused those who refused to have sex with him or attempted to leave the church, telling some of them that “they had the devil in them and risked eternal damnation,” according to the indictment.

Quiboloy’s lawyer Ferdinand Topacio on Saturday said De Leon is not affiliated with Quiboloy’s church, according to Inquirer.net, a Philippines-based website. But Topacio called De Leon’s plea “part of the pattern of harassment” against Quiboloy and the church. Topacio said the charges against Quiboloy, who is a spiritual advisor to Philippines President Rodrigo Duterte, were sparked by “purely political motives.”

De Leon is expected to formally enter her guilty plea at an upcoming hearing, which has not been scheduled yet, federal prosecutors said. Trials for other administrators are scheduled for March 2023.