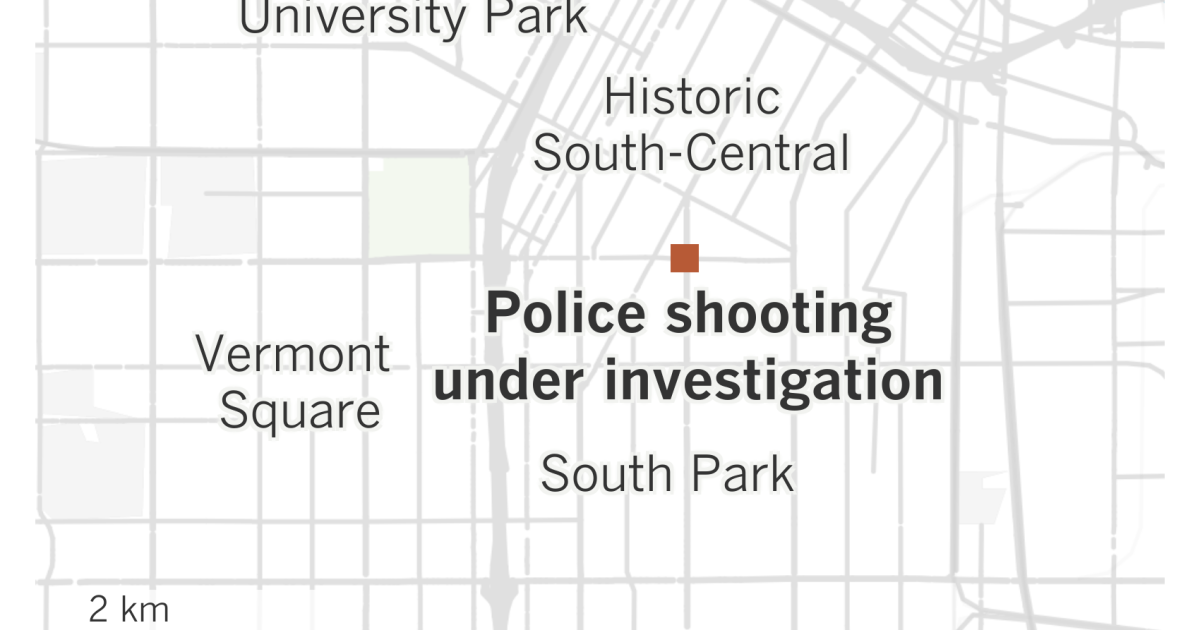 Authorities were investigating a police shooting in South Los Angeles on Tuesday night.

Officers were called around 7 p.m. to a report of a man with a gun near East Martin Luther King Jr. and South Avalon boulevards, said Officer Drake Madison, a Los Angeles Police Department spokesman.

He could not confirm whether the man was shot by police, but he said there was a medical transport from the scene.

Madison could not immediately provide further information about the shooting or what led up to it.

This is a developing story and will be updated.