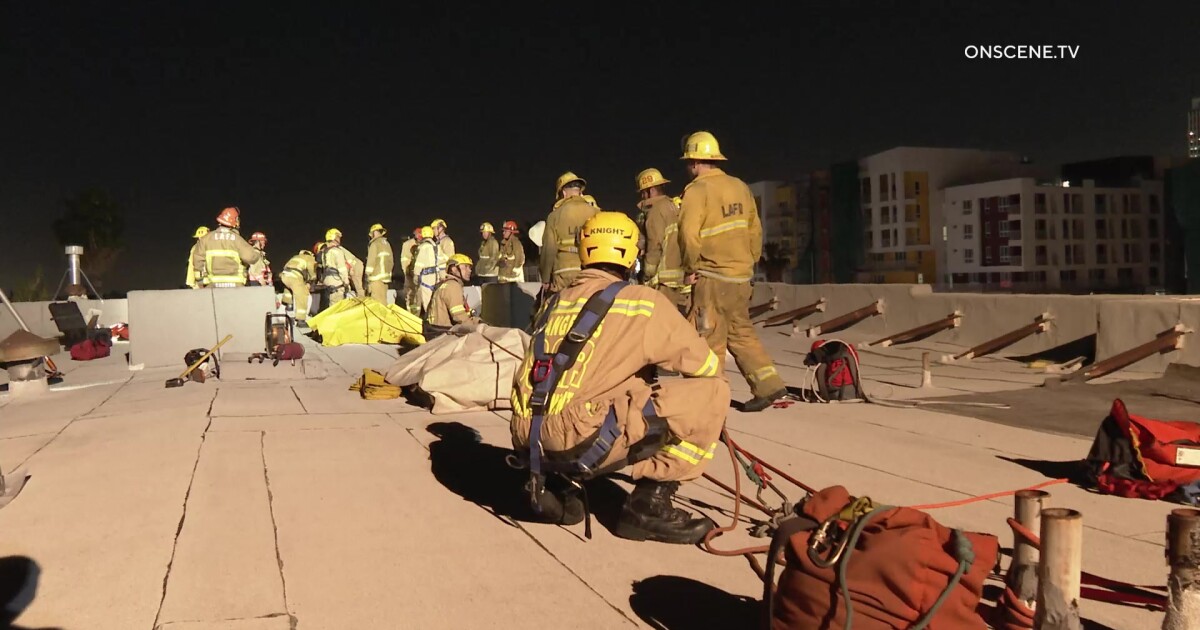 Firefighters rescued a woman stuck in a trash chute Tuesday night in a Koreatown apartment complex.

The Los Angeles Fire Department responded around 8:30 p.m. to reports of someone stuck in an elevator at 817 S. Hobart Street in the central L.A. neighborhood.

What they found was a 40-year-old woman lodged in a utility shaft about 20 feet down from the roof of the four-story apartment building, LAFD officials said.

“We had to come up with a plan on how to get that person either up or down,” LAFD Battalion Chief Lance McCloskey told reporters at the scene.

It wasn’t clear how she had gotten into the chute.

“Our job basically is to get them out,” McCloskey said. Roughly 49 firefighters responded, including technical rescue personnel, he said.

The plan was to put a harness around the woman, who was not identified, and lower her to the basement.

Footage taken by OnScene.TV shows more than two dozen firefighters on the roof. They appear to be feeding rope down the chute.

McCloskey said the operation went “fairly quickly” once the harness was secured.

Footage of the incident shows an alert woman wearing a black baseball hat and light clothing being taken into an ambulance for evaluation.

The woman did not appear to be injured, according to an alert posted by LAFD around 9:20 p.m.