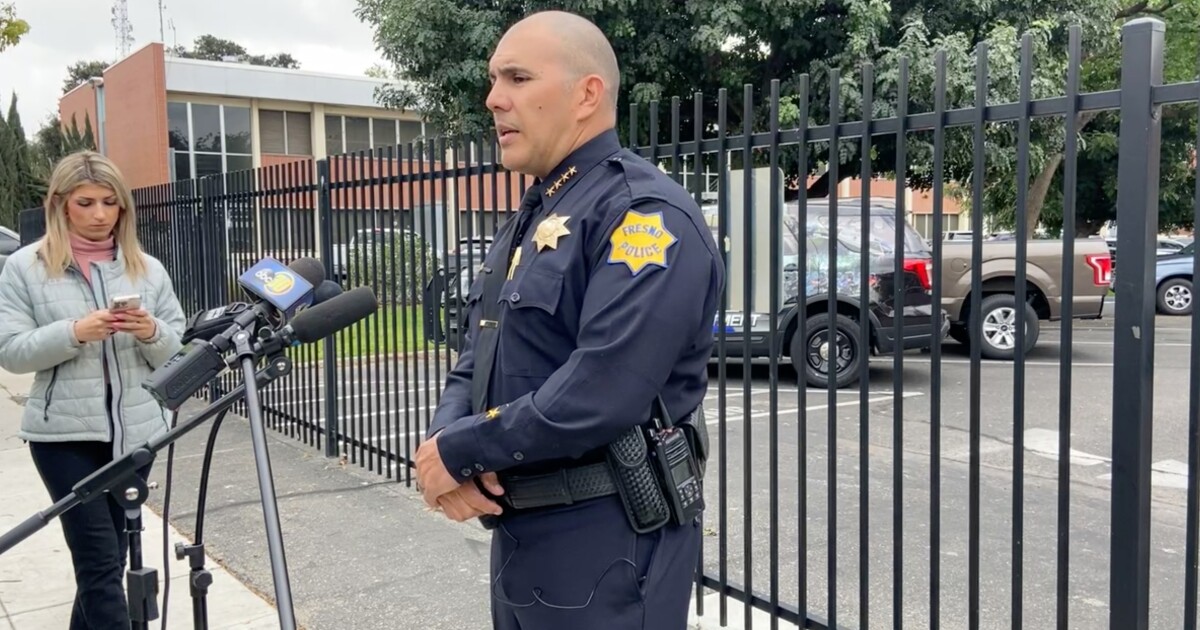 A Fresno detective on Tuesday shot and killed a man who he said had assaulted him at police headquarters, officials said.

The incident was reported around 11:45 a.m. at the Fresno Police Department headquarters at 2323 Mariposa Street.

The man assaulted the detective in his office before the detective shot him with his firearm, Fresno Police Chief Paco Balderrama said in a Facebook Live update.

The man was pronounced dead at the scene. The detective suffered “lacerations on the forehead and part of his neck,” Balderrama said, and was recovering at a hospital.

Balderrama said the detective was hit in the head and neck area by an undisclosed object.

The unidentified detective is a 25-year veteran of the force and in his late 40s or early 50s, Balderrama said. He described the man who was killed as around 6 feet tall and 300 pounds.

The man “gained access into police headquarters” and “should not have been in here,” he said, noting that the incident is still under investigation.

The man “did not have an appointment with anyone. He was not speaking to other detectives that we know of,” Balderrama said. “At this point in time, we don’t know who the suspect is. … We don’t know what their motive is at this point.

“Obviously, this is a police headquarters so it’s a hardened target. It’s not a building that anybody can just walk into.”

Balderrama said it was “troubling” that the man was able to gain access to the building, adding that investigators “intend to get to the bottom of that.” He said the incident was caught on security cameras.

The Fresno Office of Independent Review and the Fresno County district attorney’s office were notified of the incident, Balderrama said.

Three dead after car slams into brick wall in Anaheim