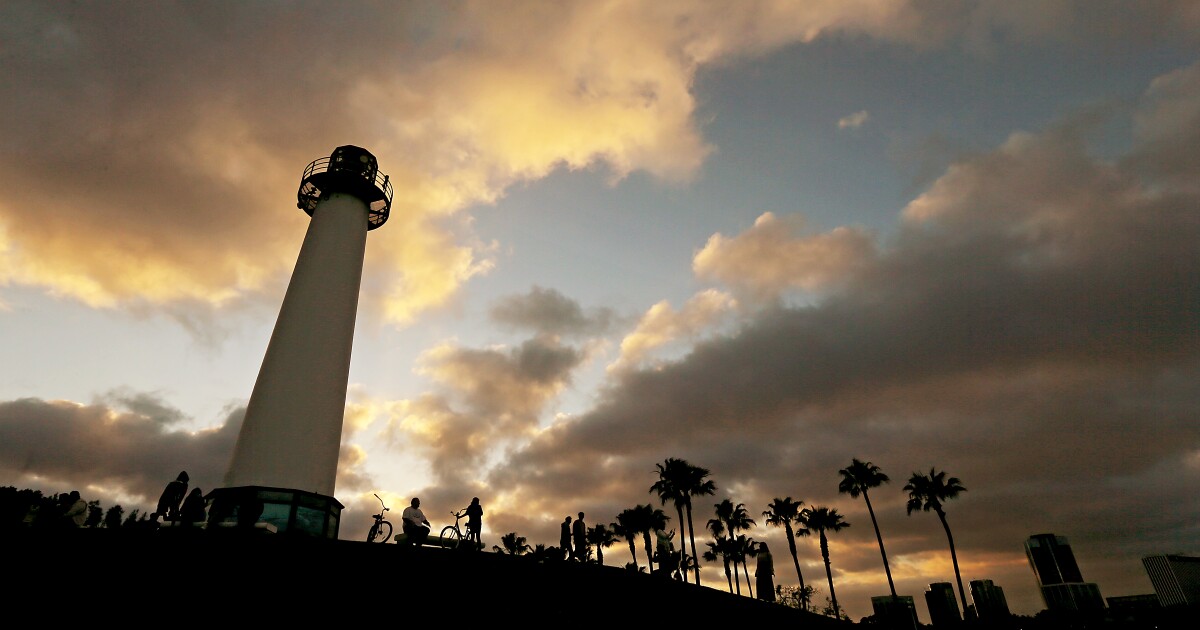 A vigorous storm system moved into the Southland on Monday, offering much needed rain and high-elevation snow to the drought-stricken region — along with the threat of lightning, flash floods, road hazards and small hail.

By sunrise, rain was already falling in Santa Barbara, where officials issued a temporary flash flood warning near the Alisal fire burn scar and advised residents to shelter in place. The system was moving toward Ventura County and slated to arrive in the Los Angeles area by 10 a.m., the National Weather Service said.

The storm arrived on the heels of California’s driest January and February on record. Many officials had been worried that March — typically the end of the state’s rainy season — would follow suit.

Forecasters Monday said the storm could drop up to 4 inches of rain in mountain areas and 2 inches in the valleys and along the coasts. Eighteen inches of snow may fall above 6,000 feet.

The low-pressure system is moving east from off the coast and will bring with it a cold front after days of record heat, said Ryan Kittell, a meteorologist with the National Weather Service in Oxnard. High temperatures in downtown Los Angeles on Monday should top out around 62 degrees.

Strong winds are also on tap, including gusts of up to 60 mph in the mountains and 45 mph along the valleys and coasts. Power outages are a possibility.

The biggest effects will likely be along the roads, where slick conditions and traffic delays are likely.

“Be extra patient and prepare extra time,” Kittell said. “If you don’t have to travel today, it’s a good idea to stay home. I imagine the roads are going to be a mess this afternoon.”

In December, strong storms created a number of local hazards, at one point sucking cars into the Los Angeles River and sending a flash flood roaring through a campsite in Malibu. Heavy rains also bring the threat of debris flows and flash floods near wildfire burn scars because of a lack of vegetation anchoring the soil.

The flash flood warning near the Alisal fire — which burned more than 16,000 acres in October — expired shortly before 8 a.m., officials said, but residents near that burn scar, as well as those near the Bobcat fire burn scar, were advised to remain on alert.

Despite the potential hazards, the storm marked an unexpectedly wet end to an extremely dry rainy season. The latest U.S. Drought Monitor update, issued Thursday, showed nearly all of California under severe or extreme drought conditions.

While the storm could make a slight dent in the area’s deficits, “we’re still going to be below where we should be,” Kittell said.

“When we look at the drought, which is really taking multiple years, this isn’t going to do a whole lot,” he said. “But it’ll do something.”

Lingering showers from Monday’s system should taper off in Los Angeles County after midnight, the weather service said.

Temperatures Tuesday will jump 8 to 12 degrees in most places as morning clouds give way to sun.

Man convicted of terrorism is sentenced for selling meth