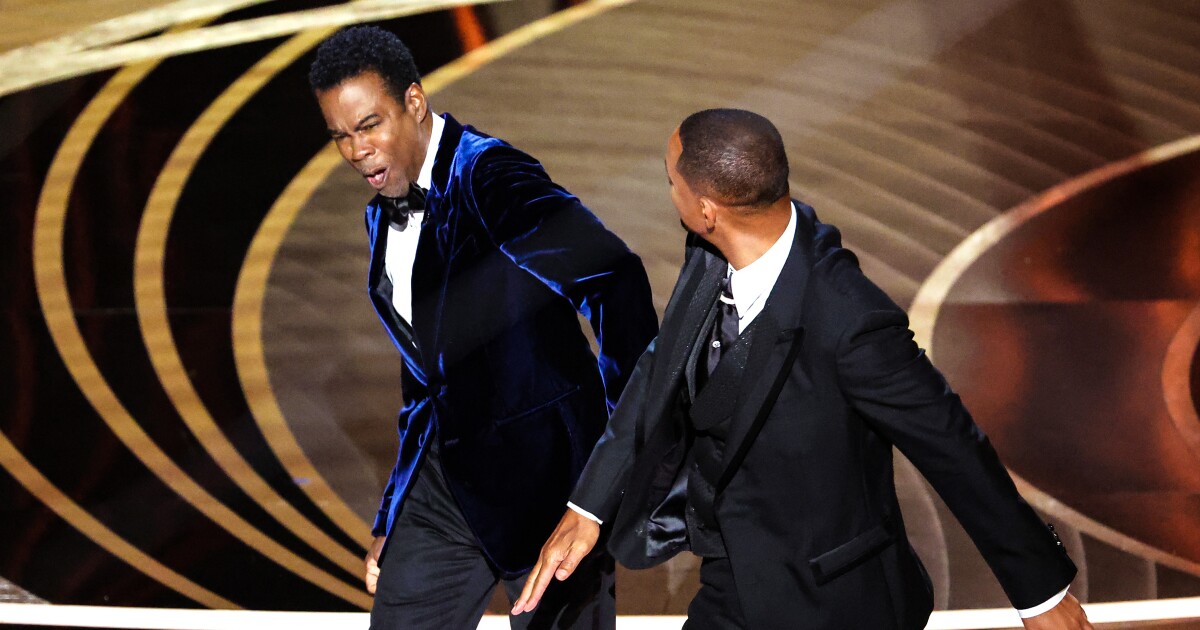 Just moments after slapping presenter Chris Rock hard on live television, Will Smith found himself in tears as he gave his acceptance speech for winning the Oscar for best actor for his performance in “King Richard.”

It was definitely a what’s-he-going-to-do moment, and Smith lived up to expectations. Before his speech was done, he had indirectly explained himself, apologized to the academy and his fellow nominees and told the academy he hoped he’d be invited back.

“Richard Williams was a fierce defender of his family,” Smith said, seemingly alluding to the altercation, which sprang from his protection of wife Jada Pinkett Smith. Pinkett Smith suffers from alopecia and has begun shaving her head because of it. Her face had fallen after Rock made a “G.I. Jane” joke at her expense, and her husband leapt to her defense.

Rock had also mocked both actors in his 2016 Oscars opening monologue. The Smiths chose to boycott the show that year in protest of the academy’s lack of diversity, which it has since been working to change.