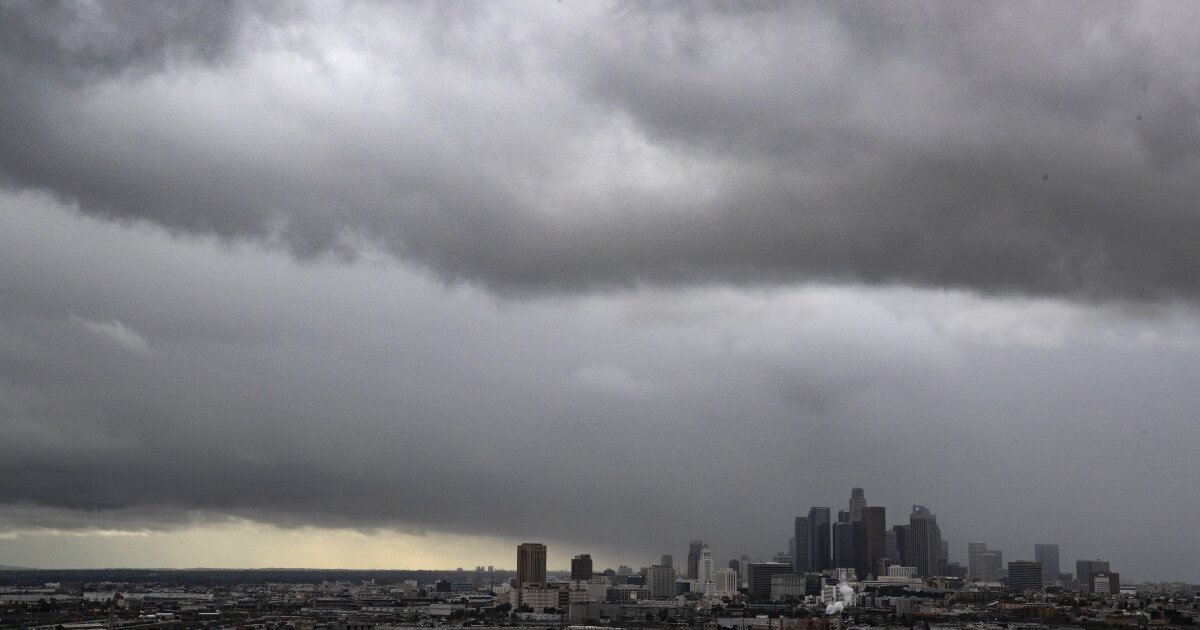 After a dry start to the year, a powerful storm system will move into Southern California late Sunday, producing heavy rain, snow and gusty winds, according to the National Weather Service.

A Pacific storm system has been moving down from the Gulf of Alaska the last few days and forecasters said it is expected to reach the region by 10 p.m.

Coastal and inland cities are estimated to receive between 1 and 2 inches of rain, with the mountains receiving up to 4 inches, including up to 3 inches of snow above 6,000 feet.

Forecasters warn of potential debris flows in areas that were recently burned by wildfires.

Carol Smith, meteorologist with NWS, said the storm will stick around until Monday night, at times producing heavy downpours, gusty winds, thunder and lighting. She said some areas will see hail.

“It’s a big storm system,” she said. “The roads will be more slick because of the accumulated oil that has built up.”

Smith said although the storm system will bring much needed rain and snow, it won’t be anywhere as intense as previoussystems that hit last December when downtown Los Angeles received about 9 inches of rain.

So far this year, downtown has received less than an inch of rain, compared to the nearly 4 inches it received during the same period last year.

Smith said it’s not much rain, but it’s something.