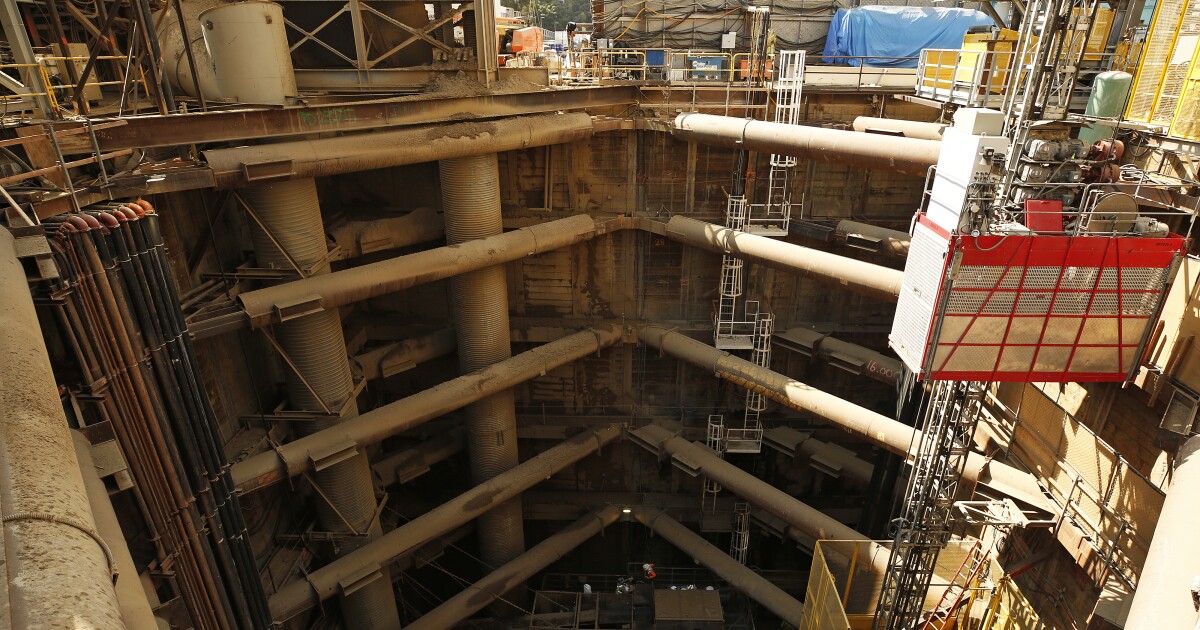 A construction worker was killed Wednesday in an incident along a portion of the Metro Purple Line extension undergoing construction in Mid-Wilshire.

Los Angeles Fire Department crews were called to the scene in the 700 block of South La Brea Avenue just before 5 p.m. regarding a person trapped under a train, fire officials said.

No other injuries were reported.

“At this time, Metro is working with officials from all regulatory agencies to gather information on the incident and to determine what occurred,” Metro said in an emailed statement.

Metro officials called the incident a “construction accident” and said that no live trains were running through the area. The train involved was used to deliver parts and workers to the site, officials said.

“This is a tragedy beyond words and the entire LA Metro family and Metro Board of Directors offers its deepest condolences to the worker’s family, friends and colleagues,” Metro Chief Executive Stephanie Wiggins said in the statement.