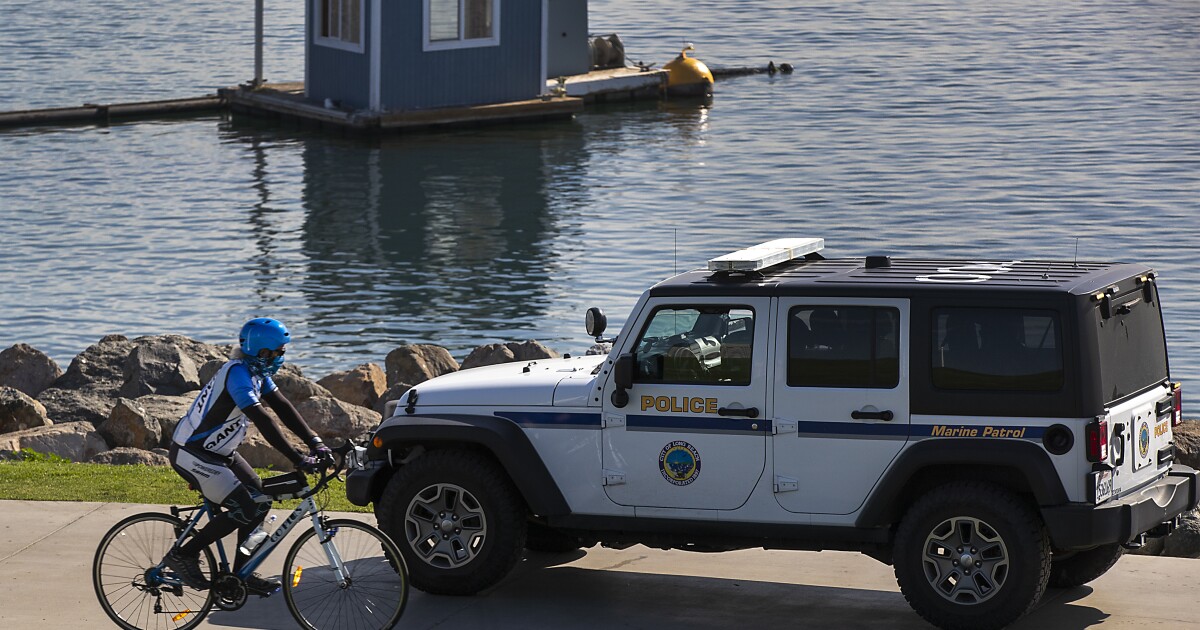 A former Long Beach police officer has pleaded guilty to distributing child pornography, with at least one instance occurring while he was on duty, authorities said.

Months earlier, Brown had been charged by the Los Angeles County district attorney’s office with four counts of possessing or distributing child pornography, but those charges were dropped in favor of the federal case, which carries harsher sentencing guidelines.

Brown pleaded guilty Monday to one count of distribution, admitting to distributing sexually explicit images of girls in 2019 and 2020, according to a release from the U.S. attorney’s office.

“From October 2019 through May 2020, Brown also knowingly possessed a sexually explicit image of a girl who appeared to be 11 or 12 years old,” the release said.

Brown came under investigation in May 2020 when Long Beach Police received an anonymous tip regarding a possible crime against a child. The veteran officer, last assigned to a security detail at the Long Beach Airport, was suspended without pay.

He used his smartphone, at times while on duty, to log on to the messaging application of the social media site MeWe, where he shared pornographic images of children, prosecutors said.

In a statement sent to The Times last fall, MeWe said Brown had been removed from its platform and had been reported to authorities.

Brown retired in April 2021, a month after he was charged in Los Angeles County, and at the time was entitled to a yearly pension of $93,000, the Long Beach Post reported. The pension is guaranteed under state law but can be revoked under rare circumstances, such as a felony conviction related to his job, the Post said.