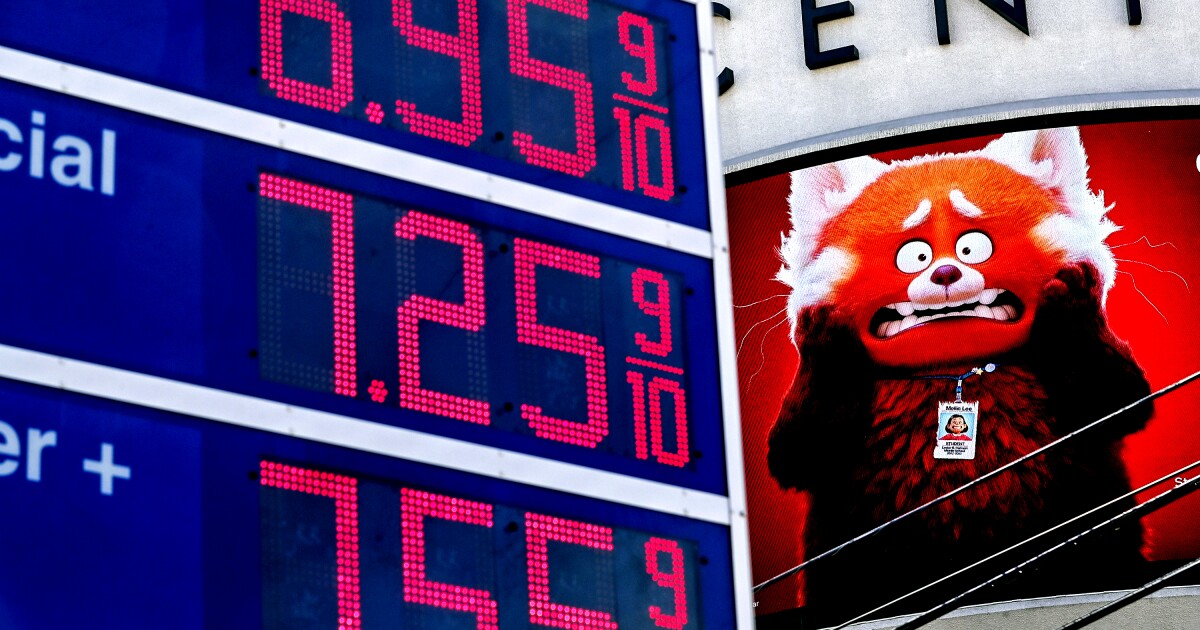 In L.A., the average cost of $6.01 per gallon topped California’s average of $5.86 and the nationwide average of $4.24, according to the American Automobile Assn.

The average price of a gallon of gas in L.A. County topped $5 for the first time less than a month ago — on March 3.

Across the nation, the average gas price peaked at $4.33 per gallon on March 11 and has since dropped 9 cents.

The California average continues to steadily increase, and the gap between county and state prices has also widened, from 1.2% at the beginning of March to 2.6% as of Tuesday.