Hemet teens arrested in connection with skateboarder pushed into traffic 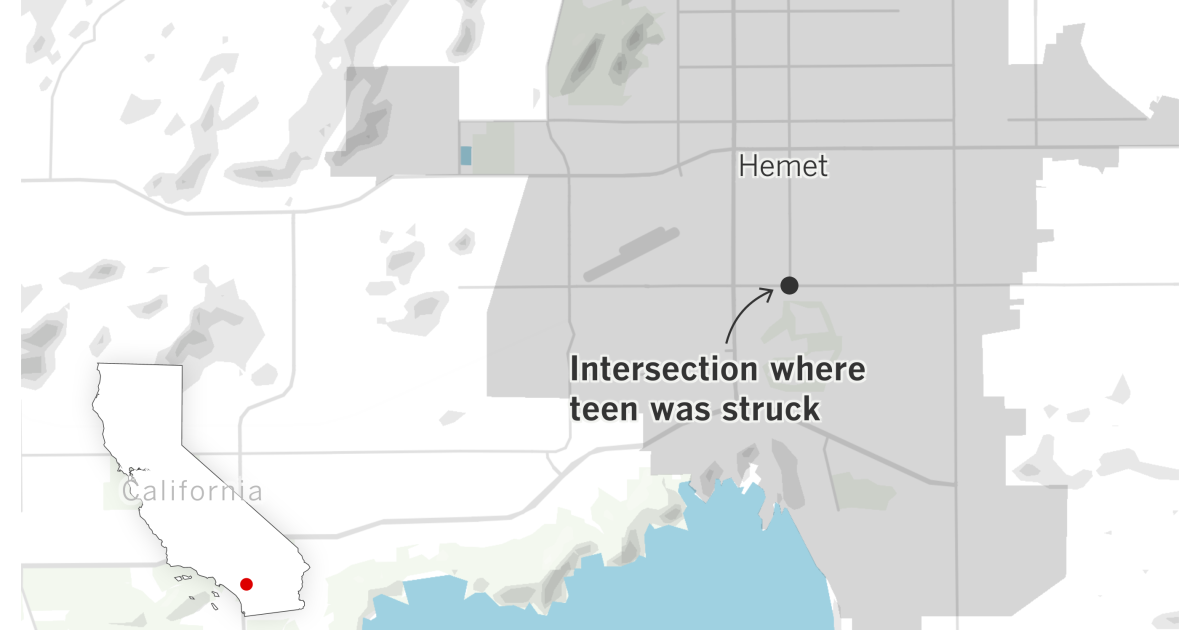 Four Hemet high school students were arrested Friday in connection with an altercation that ended with a 15-year-old boy being pushed into traffic and struck by a car, police said.

The teens, who have not been identified because they are juveniles, are believed to be responsible for the Feb. 28 incident. The victim was hospitalized with major head and brain injuries.

According to police, the boy was riding a skateboard near the intersection of Stetson Avenue and Seven Hills Drive when he encountered a group of young people at the corner around 4:45 p.m.

“An altercation occurred resulting in the young man being senselessly pushed into traffic and hit by a car,” police said in a news release.

The driver of the car, a white Tesla that had been traveling east on Stetson Avenue, remained at the scene and cooperated with the investigation.

The group of young people fled the scene, police said. The victim’s skateboard was also stolen after the incident.

Police took the four teens into custody on Friday, they said. Three are 15 years old and the fourth is 16. Two are related, and all four attend a local Hemet high school. Police would not say if they attend the same school as the victim.

“The victim’s family, who maintain vigil at his bedside, have been advised of this latest development by investigators,” police said.

The teens were transported to Riverside County Juvenile Hall and are facing multiple charges each. No additional suspects are wanted.