Will the L.A. Marathon begin under rainy skies? 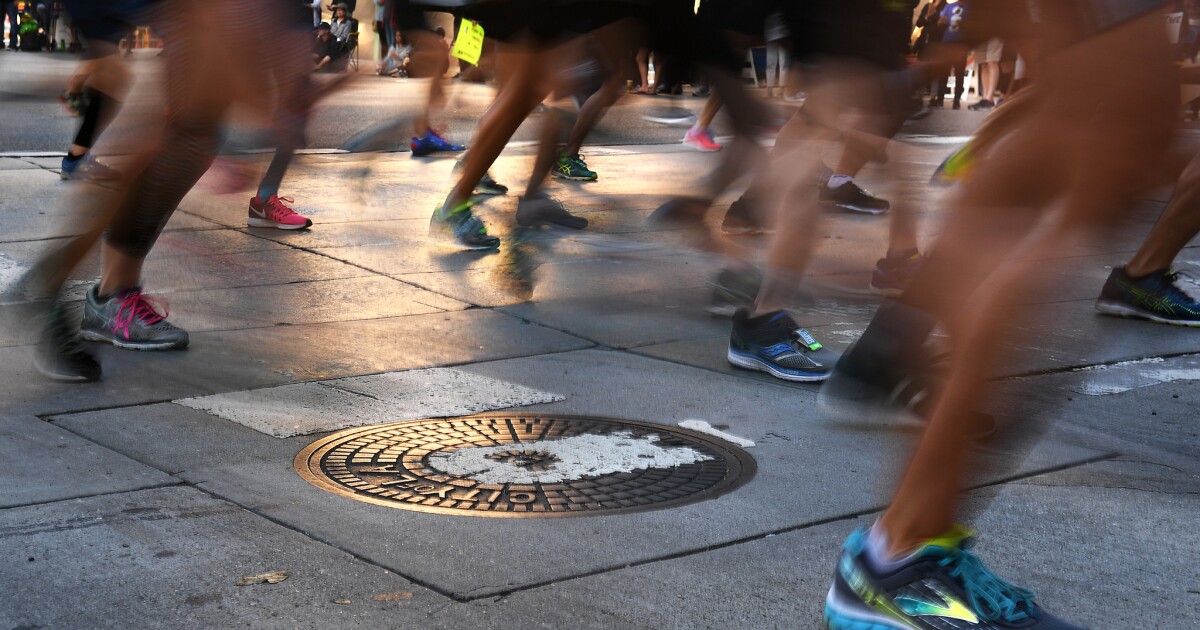 A light rain is expected to greet runners at the start of the 37th annual L.A. Marathon on Sunday, but skies will quickly clear for the thousands of participants covering the 26.2-mile course.

A drizzle is expected between 3 a.m. and 7 a.m., with temperatures at the start of the race about 50 degrees, said David Gomberg, a meteorologist with the National Weather Service in Oxnard.

By noon, the temperature will be 68 degrees with breezy conditions. Runners can expect winds of 8 to 12 mph out of the northwest in the mid-to-late morning, with gusts of up to 15 mph.

“After 7 a.m., it’s partly cloudy, but the rain threat should be over,” Gomberg said.

The marathon is expected to draw about 15,000 runners from around the world for the course that weaves through some of L.A.’s most iconic neighborhoods. Dozens of roads and freeway ramps will close during the race, which begins at Dodger Stadium.