Ventura County deputy shoots at driver who tried to ram him, authorities say 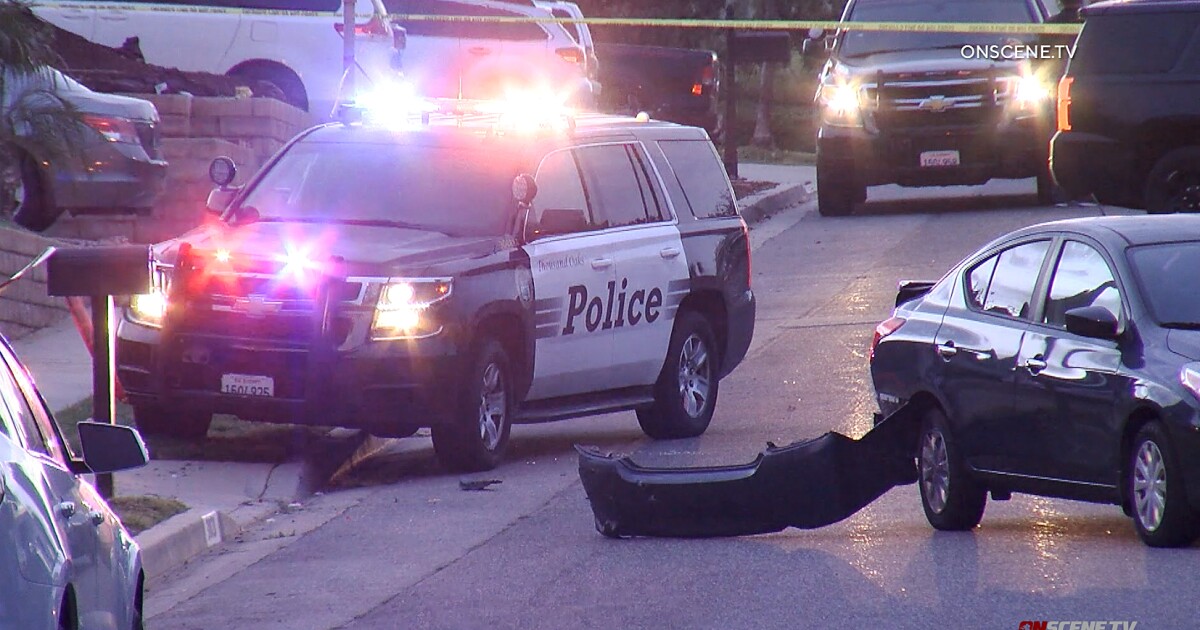 A Ventura County sheriff’s deputy shot at the driver of a vehicle who attempted to ram him following a short pursuit early Saturday in Thousand Oaks, agency officials said.

The incident began when a deputy responded to a report of a catalytic converter theft in the 3000 block of Rollings Avenue about 5 a.m., authorities said.

The deputy pursued the suspect’s vehicle, a dark gray Nissan Sentra, for a short distance before the Sentra stopped temporarily, sheriff’s officials said. The suspect then turned the vehicle around and drove directly at the deputy, authorities said.

The deputy shot at the vehicle as it fled the scene, officials said. The suspect, who was not injured in the shooting, remains at large.

The deputy was also not injured in the incident, sheriff’s officials said.

Banks: A teacher, a soldier, a tireless champion for children in Watts