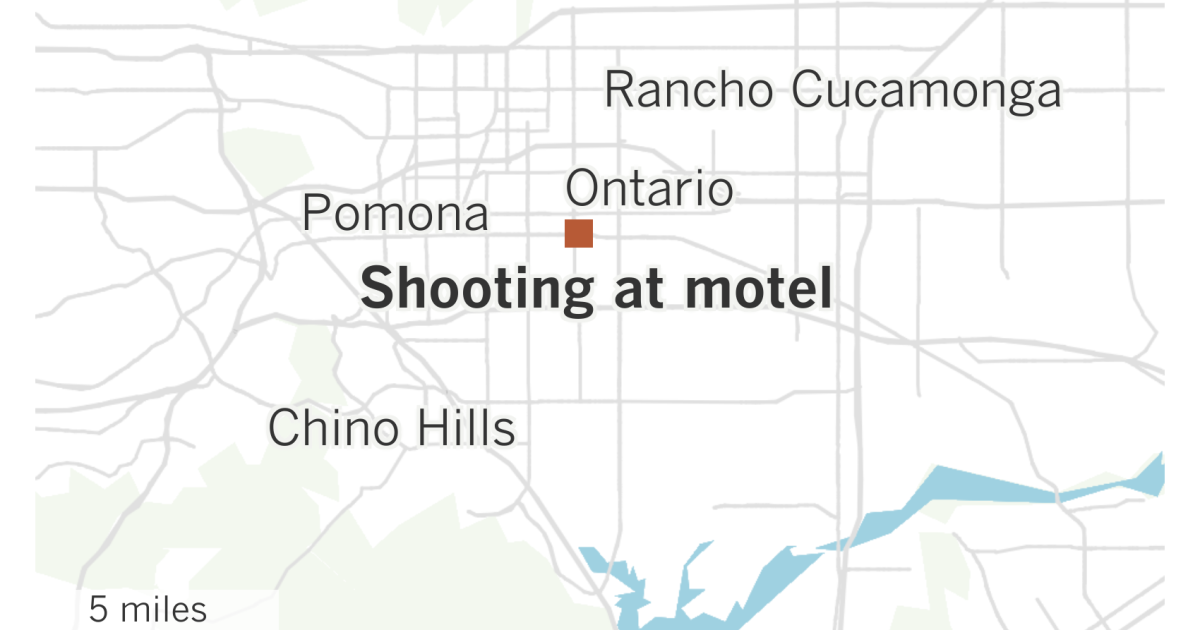 Police are searching for a suspect after multiple people were shot at an Ontario motel on Friday, authorities said.

Officers were called at 4:33 p.m. to a report of shots fired in the 1000 block of West Mission Boulevard, said Cpl. Bill Lee, an Ontario Police Department spokesman.

When they got to the scene, officers found shooting victims, Lee said. The victims were taken to hospitals.

The number of victims and their conditions were not immediately available Friday night. No deaths have been reported so far.

As of shortly before 8 p.m., officers were searching for the suspect, Lee said.

Further information was not available.

This is a developing story and will be updated.