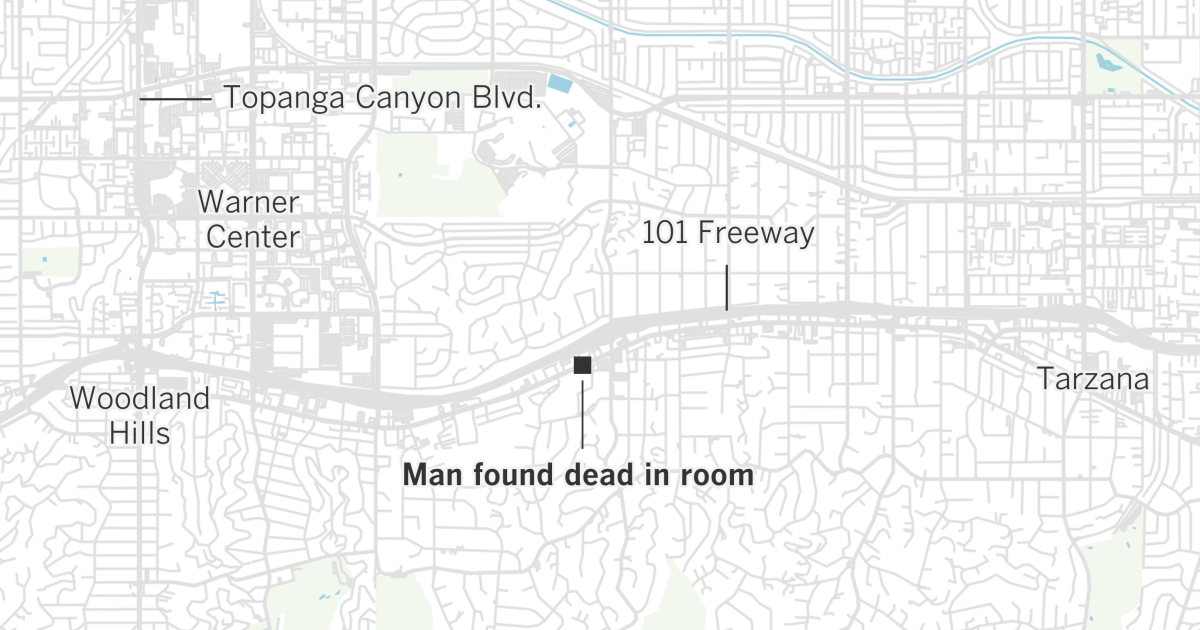 Police on Thursday arrested a man and a woman suspected of killing a 42-year-old man who was found bound and handcuffed in a Woodland Hills hotel last week.

Calene Brudek, 52, and Anthony Ostroff, 70, were taken into custody at a residence on Thursday afternoon, according to the Los Angeles Police Department.

Brudek and Ostroff, both of the San Fernando Valley, were booked on murder charges, said Steve Castro, a homicide detective with the LAPD’s Valley Bureau.

Around 5:30 p.m. March 10, LAPD officers responded to reports of battery at a residence on Ventura Boulevard, near the 101 Freeway.

Topanga area patrol officers arrived to find a man, identified by the Los Angeles County coroner’s office as Jeffrey Howe, on the floor in a room at a hotel. Officials said the man’s feet were tied together and his hands were handcuffed behind his back. Strangulation marks were visible on his neck. Paramedics declared him dead at the scene.

Detectives learned that the man had been discovered by a security guard and manager of the Extended Stay America location. He had been staying at the hotel since July.

By Monday, Castro said they had identified leads on suspects and a motive.

Brudek and Ostroff are not related to the victim, Castro said. They know each other, he said, but the exact nature of their relationship wasn’t clear.

The two are being held on $2-million bail at the Van Nuys Jail, he said.

Howe’s cause of death is not listed on the coroner’s case file, and was deferred pending further investigation.

More details about the case are expected to be released next week, officials said.

Schwarzenegger can change minds in Russia, but not in U.S.