What readers think of homeless people in Governor’s Mansion 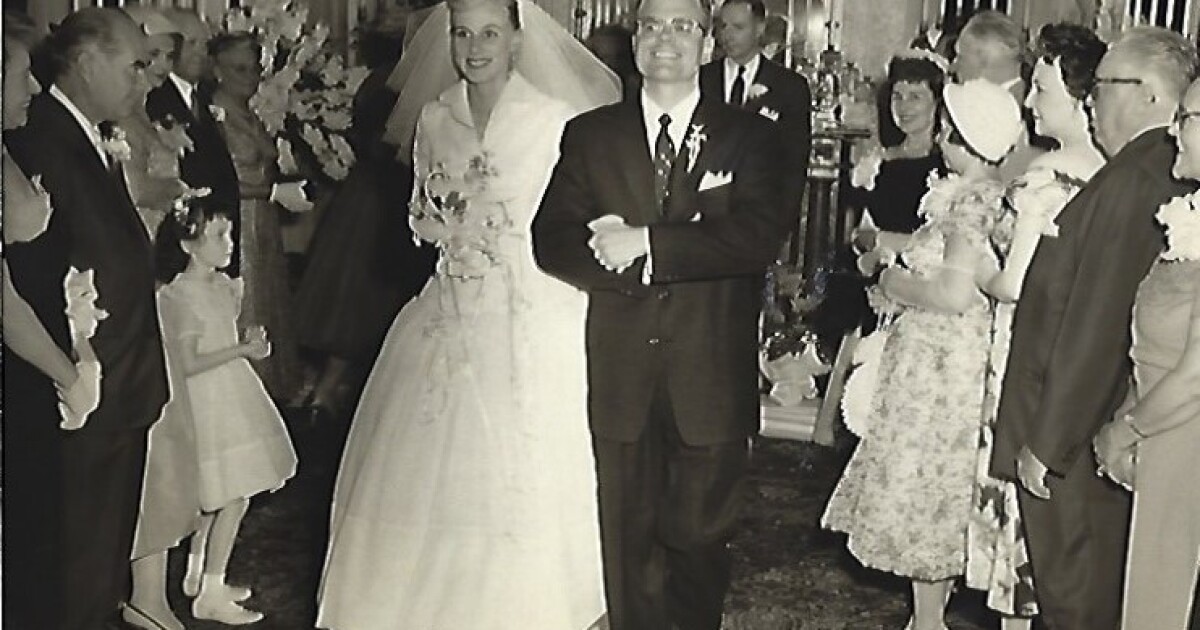 A few weeks ago, I wrote a column suggesting that homeless families move into the empty governor’s mansion in Sacramento.

I wondered what others would think of the idea, so I attached a survey to the story, and oh, readers, you were not shy in your opinions. Plenty of you thought it was a terrible idea, but it was the ones who didn’t who surprised me the most.

The grandson of former California Gov. Goodwin “Goodie” Knight, Jonathan Weedman, was unequivocally in favor of repurposing a house that has “special meaning” for his family.

“Hell, yes,” said Weedman. “Turn the mansion into a facility that can help.”

Weedman’s parents, Carolyn Knight and Charles Weedman, were married in the mansion in the summer of 1955, slicing through a six-tiered cake and walking down a white runner laid across the mansion’s ornate carpets. They divorced about 12 years later.

Carolyn was beautiful, loving, caring and progressive. But she was also a “very fragile soul” who suffered from untreated mental illness, Weedman said. She died by suicide when Weedman was 10 years old and she was 36, a few years after the divorce, the defining event of his life and one that set him on a path of working for nonprofits in a bid to help others.

Goodie Knight, who was governor from late 1953 to 1959, discovered his daughter’s body in her garage a day after she died, and Weedman said his grandfather never recovered. Two months later, Knight died of a stroke.

Weedman said for a long time, his family didn’t talk about his mom’s death openly, they but ultimately decided speaking out could help others with mental illness and serves as an example that brain disease happens to people from all backgrounds.

“If it gives anyone pause, a moment of reflection — that someone in their world may be suffering — it’s totally worth it,” he said.

Weedman sees the places where mental illness intersects with homelessness and believes our responses to the dual crises need to be creative. He knows his mom would agree.

“If it’s empty, and unused, and uninhabited, what better way to honor my grandfather, grandmother and parents’ memories than to take this beautiful old home and turn it into a place that can help the most vulnerable in our society?” he wrote.

Of course, there were many people who brought a different outlook.

“You have to be out of your damn mind to think housing homeless in the governor’s mansion is a good idea!” wrote Jackson Brown of Signal Hill (not the singer, who spells his last name with an “e”). “This isn’t the Soviet Union where people piled into communal housing. RIP common sense.”

Michael Peterson of Palm Springs suggested that ideas like mine are what earns California its reputation for craziness.

“Nothing says ‘your state has failed’ better than letting the governor’s mansion descend into homeless squalor,” Peterson said, adding, “I’m not a NIMBY.”

Patty Nash of Riverside wondered about my intellect after reading the column.

“If you can’t figure out the concerns it’s because you are STOOOPID,” she wrote. “Most of these people are there because of their long term choices.”

Many voiced concerns like Nash’s about the suitability of currently homeless people living in a grand house — believing that the majority of those on the streets mentally ill or addicted to drugs or alcohol, and can’t be trusted to properly care for such a home.

“Druggie bums would destroy it,” predicted Robert Price of Atascadero.

In fact, about 40,000 out of California’s 160,000 unsheltered people are mentally ill, with about 10% of those having severe mental illness. But those with severe mental illness, or the addictions that often accompany it, are often the most visible and troubling. Some who wrote in have lived experience when it comes to dealing with that 10%, and raised relatable concerns.

Sara from Lakewood (who asked that her last name not be used) said that she lived next door to an abandoned building that homeless people took over. “They left giant piles of trash in the yard and caused a rat infestation,” she said. “They got into horrific and violent fights in the middle of the night.” It all came crashing down, literally, when the building caught on fire, threatening nearby structures.

Sara said she believes we need more shelters, but she doesn’t want that kind of activity near her kids, and honestly, who does?

“The L.A. Times attacks people for not wanting shelters in their neighborhoods, but refuses to acknowledge the reasons why,” she wrote.

No one deserves to live in unsafe conditions, and I absolutely agree that those in homeless housing must be good neighbors — and that those running housing facilities need to make sure their tenants understand what that looks like.

But despite problems with the idea, real and imagined, the majority of the 200-plus people who responded didn’t oppose the notion. A few even went all in with me, seeing it as an emblematic comment about the discrimination and stigma homeless people face, a pushback on the sense that “the homeless” are a monolithic bloc too far gone to live among civilized society. (More than one respondent advocated for shipping homeless people to empty spaces, from the Southwest desert to Lancaster.)

“It’s a cool symbolic gesture which could help a couple of families. Why not?” said Kevin Jensen of Bakersfield.

“It would make a powerful statement about our state’s commitment to addressing this crisis, as well as being practical,” said Larelle Hendon of Santa Ana. “The root cause of NIMBYism is that we do not see homeless people as ‘one of us.’ We do not see that we are all connected; that suffering by anyone is a problem for us all.”

Others connected with the idea of more small-scale housing for homeless people, bringing them into communities in single-family houses or other limited settings that can give both the dignity of a home while calming neighborhood fears that often accompany larger facilities.

“[T]he problem is the thought of a massive, industrialized shelter,” said Andrea Bersaglieri from La Miranda. “No one wants that in their neighborhood! If there were one house on each block or in each neighborhood it would be a game changer. We really would all be in this together.”

Jason Gonzalez, who lives in the Hollywood Hills, agreed with Bersaglieri.

“Everyone homeless has a different situation,” he wrote. “The chance to fill a special place with a special family or person should not be wasted due to a pompous attitude about the [mansion].”

That brings me to the second response that struck me, and really made my point better than I ever could.

It came from a 17-year-old named Joanna, who lives in Downey. She wrote that she grew up living in “other people’s homes because my mother did not make a stable income for a comfortable living.” She thinks allowing families like hers — people who just need a little help, and a little security — to live in the governor’s mansion is a “great” idea.

“My younger self would be very happy if my family was offered to live in the governor’s mansion because my mother wouldn’t have to worry about finding a temporary home just for her kids to feel safe,” Joanna wrote.

I hope Joanna’s words kick you in the gut. They hit me that way. She grew up so insecure about her housing, with all the hurt and hardship that brings, and yet she thinks of how it makes her mom feel instead of focusing on her own experience.

I’ve been covering homelessness for a lot of years, and I’ve met as many people like Joanna as I have people with severe mental illness. For every person you see incoherent in the street, know that there is a mom and her kids parked someplace in a beat-up car, hoping no one sees them, fearing they will be split up if they are found, desperate to make it to the next paycheck to rent a rundown room for a few nights.

Or a dad, too ashamed to seek help because he can’t figure out how to make enough money on his own. Or a young person, aged out of foster care with nowhere to go and no one to help, maybe running from a house where they weren’t accepted, or faced harm.

The one constant I’ve learned is that there are a million reasons why people are homeless, and none of them are simple. But most of them, somewhere along the line, are about a person who needed help, needed someone to see how their lives were falling apart. Like Joanna’s mom and Carolyn Knight.

“Everybody deserves a home, but not everyone is fortunate enough to live under a roof,” Joanna wrote, again with the empathy. “I strongly believe that the governor’s mansion is of more use to homeless people than to the governor himself.”

Me too, Joanna. May your future be stable, with a roof always over your head.

Schwarzenegger can change minds in Russia, but not in U.S.