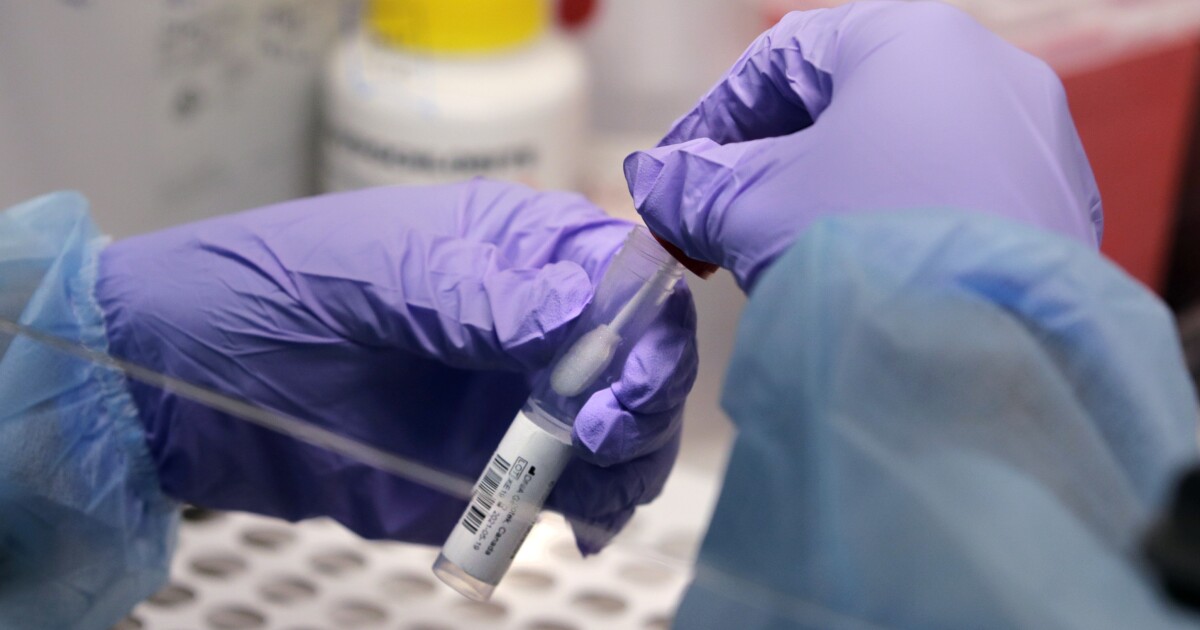 The Omicron variant of the coronavirus has made its way to California.

The infected individual returned home to San Francisco from South Africa on Nov. 22 and tested positive Monday, officials said. The person was fully vaccinated and experienced mild symptoms that are improving.

“We knew that it was just a matter of time before the first case of Omicron would be detected in the United States,” Dr. Anthony Fauci, the U.S. government’s top infectious diseases expert, said during a briefing Wednesday.

The patient is self-quarantining. Close contacts have been identified and have tested negative so far, according to the U.S. Centers for Disease Control and Prevention.

The case was confirmed by the San Francisco Department of Public Health, with genomic sequencing conducted at UC San Francisco.

“The person recently traveled to South Africa and developed symptoms upon their return,” said Dr. Grant Colfax, San Francisco’s director of health. “And they did the right thing and got tested and reported their travel history.”

Health officials did not release the gender, age or other information about the individual.

“We must remain vigilant against this variant, but it is not a cause for panic,” the California and San Francisco Departments of Public Health said in a joint statement. “To help detect and prevent the spread of this new variant, the state of California is increasing COVID-19 testing at our airports for arrivals from countries identified by the Centers for Disease Control and Prevention.

“We recognize that everyone is exhausted, and the news of a new variant can be overwhelming,” the statement continued. “It is important that we collectively focus on the things we know prevent the spread of COVID-19 and its variants. Individuals should get vaccinated and boosted; wear your mask in indoor settings; get tested if you have symptoms; and stay home if you are sick.”

The variant’s presence in the state is not unexpected. First detected last month, the strain has already been found in nearly two dozen countries around the globe.

“As expected, and thanks to California’s large-scale testing capacity and early detection systems, the Omicron COVID-19 variant has been detected in California — we should assume that it’s in other states as well,” Gov. Gavin Newsom said in a statement. “There is no reason to panic, but we should remain vigilant.”

Still, the arrival of the highly mutated variant comes at what was already shaping up to be a particularly precarious time in California. Officials have long expressed concern that the one-two punch of the end-of-year holiday season and colder weather will increasingly push people to gather in crowded indoor settings where the risk of coronavirus transmission is especially high.

But whether Omicron ultimately proves to be more of a speed bump or a roadblock on California’s road to pandemic recovery remains to be seen.

“Here’s what we know now: San Francisco is relatively well-positioned to respond to variants,” Colfax said during a briefing. “Our vaccination rate is high. More boosters are going into arms every day; 5- to- 11-year-olds are getting vaccinated at a rapid uptake. Our masking and vaccination requirements are among the most stringent in the country. These efforts have been very effective in helping us slow the spread of the virus.”

Much remains unknown about Omicron. Answers to the most pressing questions — whether the variant spreads more easily, can cause severe illness or dodge some of the protection afforded by vaccines — likely won’t be known for a few weeks.

And while the enemy may be new, public health officials say the battle plan is familiar. And the central thrust of those efforts remains getting as many people vaccinated as possible, and having adults avail themselves of booster shots when their time comes.

“We don’t know everything we need to know yet about the Omicron variant. But we know that vaccination is a safe and effective way to protect yourself from severe illness and complications from all known SARS-CoV-2 variants to date,” Dr. Rochelle Walensky, director of the U.S. Centers for Disease Control and Prevention, said during a briefing Tuesday.

While experts are still racing to identify the full ramifications of Omicron, the fact that it has more mutations than any other previous variant is unsettling.

Though not all mutations are inherently bad news, scientists are concerned some of those in Omicron might make the virus more transmissible or resistant to immunity generated by vaccines or previous infections.

“The thing that got everyone’s attention was the large number of mutations — around 50, much larger than previous variants. And some, according to the molecular configuration, are anticipated to impact transmissibility and antibody binding,” Fauci said earlier this week.

It’s unclear, however, whether Omicron may spread as easily as the highly infectious Delta variant, which remains the dominant strain both in California and the U.S. Fauci said further clarity on that, as well as whether Omicron may be more virulent or vaccine-evasive, is probably still weeks away.

“Pending these data, the effect of this variant on transmission, severity of disease and how well current vaccines, treatments work remains speculative,” he said.

What’s already known, though, was troubling enough for the World Health Organization to quickly designate Omicron as a “variant of concern.”

“The emergence of the highly mutated Omicron variant underlines just how perilous and precarious our situation is,” WHO Director-General Dr. Tedros Adhanom Ghebreyesus said in a video statement Monday.

The globe, he continued, is “living through a cycle of panic and neglect” where “hard-won gains could vanish in an instant.”

“We shouldn’t need another wake-up call. We should all be wide awake to the threat of this virus,” he said.