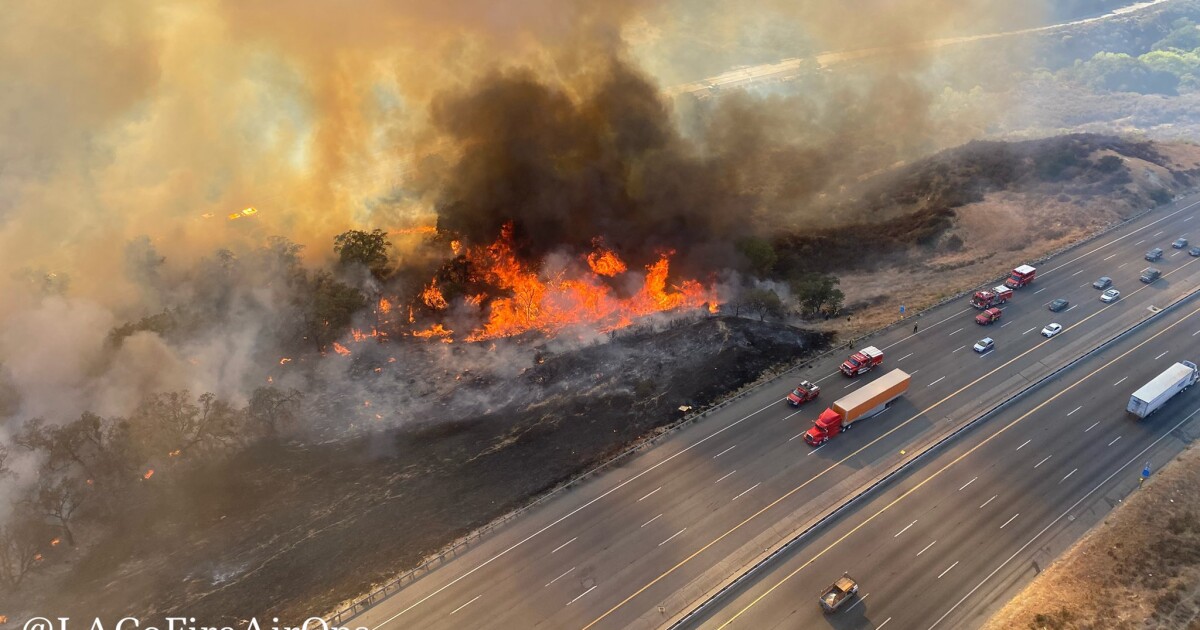 A wildfire broke out Saturday in mountainous terrain near Castaic, threatening structures and prompting the California Highway Patrol to close a stretch of the 5 Freeway in both directions, authorities said.

The U.S. Forest Service reported on the Route fire shortly before 5 p.m. Ninety minutes later, the agency said the blaze had grown to nearly 400 acres, with two of its firefighters sustaining burn injuries.

The Los Angeles County Fire Department was assisting with the response. Shortly after 7 p.m., the U.S. Forest Service reported that firefighters were making “good progress” on the fire, with water-dropping helicopters from both agencies maintaining an assault from the air.

Shortly after 9 p.m., the CHP had reopened two lanes of the freeway in each direction. Meanwhile, deputies in the Sheriff’s Santa Clarita Valley station reported that the threat to structures appeared to have been “mitigated.”