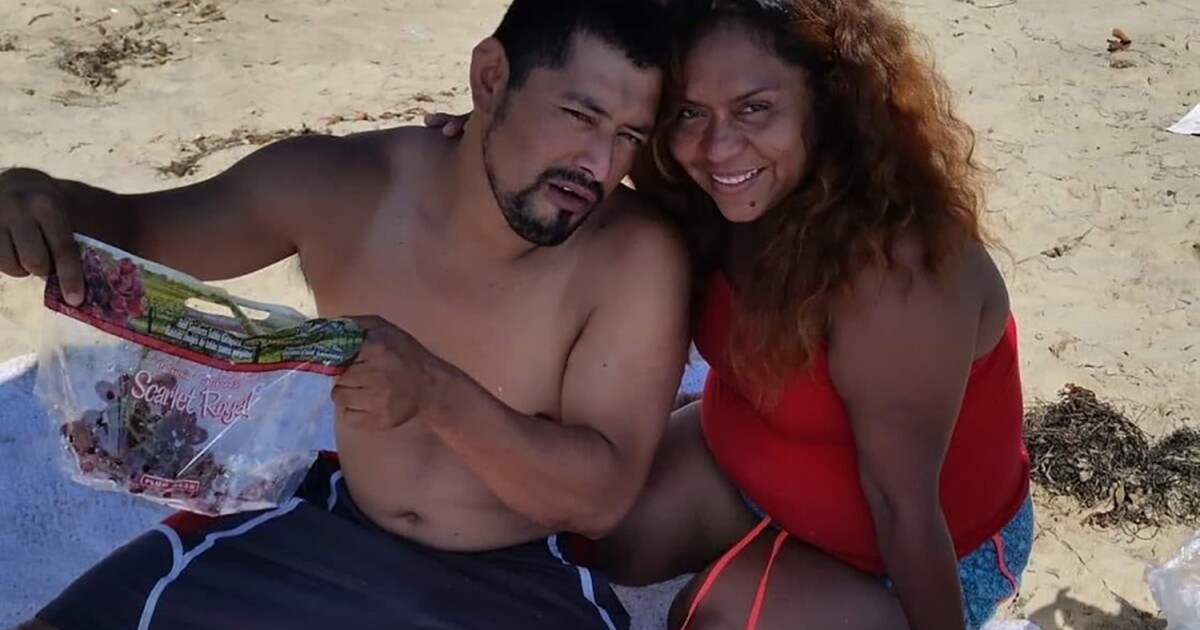 Tania Turcios, 21, was studying alone in the Long Beach apartment she shared with her mother and siblings when loud pops broke her concentration.

Fireworks, she thought — her neighbors were throwing a party Saturday night. She tried to tune out the disruption.

Soon, she said, two neighbors were banging on her door and yelling. Her mother and her mother’s partner had been shot.

Moments later, the young woman was on the sidewalk, cradling and comforting her mother, who had been shot once in the chest, begging her to hang on, telling her over and over she loved her. Her mother’s partner lay not far away in a puddle of blood.

On Monday, the couple’s extended family and friends were mourning the loss, trying to understand the violence — and police were asking anyone for information on the shooting to come forward. No arrests had been made.

“I told my mom I loved her,” Turcios said Monday morning. “She had this gaze in her eyes, and she was desperate. She wanted to speak but couldn’t, and that was the last time I saw her before the ambulance took her away.”

“It was traumatizing,” Turcios said. “I saw Juan in a pool of blood; he looked dead, and then I ran to my mom and held her.”

Long Beach police responded to a call involving a fight in the 900 block of Park Circle just before 8 p.m. Arriving officers found Guizar-Gutierrez on the sidewalk and Honorato in the street.

Homicide detectives were searching for a motive and had no updates on the shooting Monday. A police spokesperson could not say how many shots were fired.

Turcios, who is studying at PCI College in Cerritos and hopes to become an ultrasound technician, said she heard three distinct shots.

She said her mother and Guizar-Gutierrez were on their way home from fishing at their favorite spot along North Marina Drive in Long Beach.

Turcios said she didn’t know what led to the shooting, although she heard speculation from neighbors about a potential road rage incident. Family members told KTLA-TV Channel 5 that the couple were on their way to a party when the shooting occurred over a parking spot.

“They parked in the middle of the street because there was no parking and there was another driver on the other side, in the back of them honking and … telling them to move or whatever,” Maria Honorato, Maricela Honorato’s sister, told KTLA. “And then it just escalated so quick.”

Honorato and her three daughters have lived in their Long Beach apartment with Guizar-Gutierrez since 2014. Turcios said Guizar-Gutierrez had taken on factory work in recent years; Honorato also worked at a factory before recently moving on to food preparation.

Turcios said her mother’s goal was eventually to move out of the area. She described Guizar-Gutierrez as a “really good guy” who was very “charismatic.”

“There really was never a dull moment with Juan,” she said.

The grief has been nearly overwhelming for Turcios. She said she felt she didn’t get the chance to thank her mother for all her work and sacrifice for her children.

“She did everything for her kids, you know,” Turcios said. “She was a single mom and was by herself until she met Juan. I feel like I didn’t appreciate her enough.”