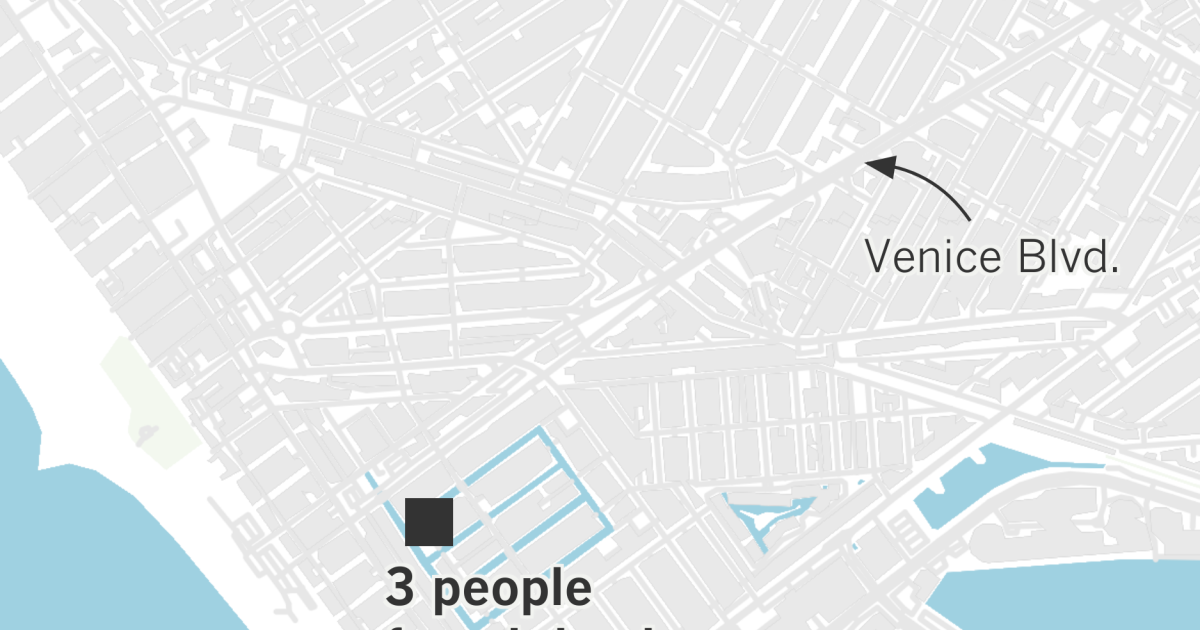 Officer Mike Lopez, a spokesman for the Los Angeles Police Department, said there “was no indication of foul play.” When officers arrived at the scene in the 200 block of Carroll Canal they found three people dead and one woman who was taken to a hospital.

Johnson was a stand-up comedian and a writer on the TV program “Comedy Parlour Live.”

TMZ reported that the deceased had taken cocaine-laced fentanyl and that the woman who was taken to the hospital is comedian and actor Kate Quigley. She regularly performs stand-up at venues around L.A. and has appeared in shows such as “The Office” and “Star Trek: Hidden Frontier.”

Quigley’s agent didn’t immediately respond to a request for comment.

Actor and producer Luke Barnett told The Times that Johnson was “the nicest guy in the Valley, with a smile that lit up the room and made anyone instantly feel comfortable.” Johnson, he said, “could roast you so bad you were in tears, confused whether they were from laughing or crying.

“He was always the first person to push you to keep going, to create something new, to put yourself out there,” said Barnett, who met Johnson 10 years ago while working at a cocktail bar in North Hollywood where the comedian was a regular. “The world just lost a great comedian and an even better dude.”

Fentanyl is a synthetic drug that is often mixed with other narcotics, such as cocaine or heroin, to increase potency. According to the Drug Enforcement Administration, fentanyl is 80 to 100 times stronger than morphine.

The prevalence of the drug partially explains why overdose deaths in the United States reached record levels last year.