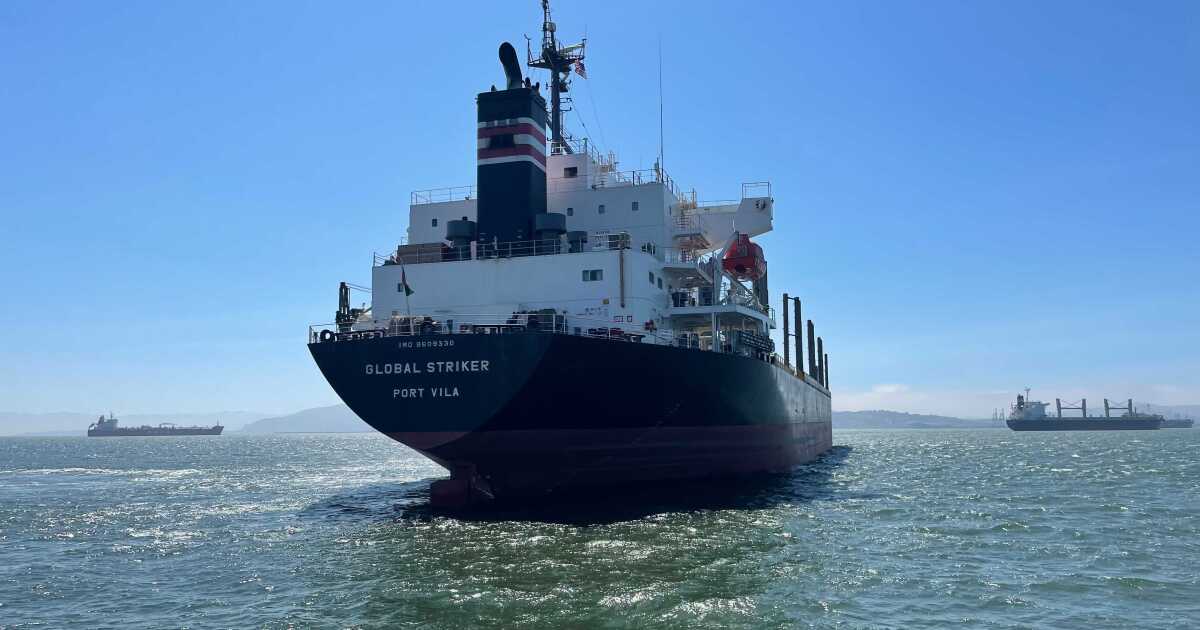 Six crew members of a cargo ship in San Francisco Bay have been transported to hospitals to be treated for COVID-19, officials said.

None of the crew members who were transported Monday afternoon appeared to be severely ill, but they requested transport to hospitals, authorities said.

Of 21 crew members aboard the ship Global Striker, 19 are positive for the coronavirus, said Pete Vasilarakis, the on-duty public affairs officer for the Coast Guard’s San Francisco sector. The six who were transported by San Francisco firefighters to Pier 26 were taken to UC San Francisco and California Pacific Medical Center.

The remaining members of the crew did not request to be sent to hospitals, said San Francisco Fire Department Lt. Jonathan Baxter.

San Francisco firefighters received a 911 call from the vessel at 1:21 p.m. Monday, with a report of crew members feeling sick. The six crew members who requested to be seen at hospitals described having flu-like symptoms, Baxter said.

The Global Striker is a bulk carrier built in 2013, sailing under the flag of the Pacific nation of Vanuatu, with its home port in Port Vila, the archipelago’s largest city.

According to marinetraffic.com, the ship departed the Port of West Sacramento, just west of the state capital, on Thursday at 12:16 p.m., and anchored in San Francisco Bay about eight hours later.

The ship is currently anchored about halfway between San Francisco and Alameda.

Over 80% of eligible Californians have partial COVID vaccine