Ex-church leader gets 11 years in prison for embezzlement 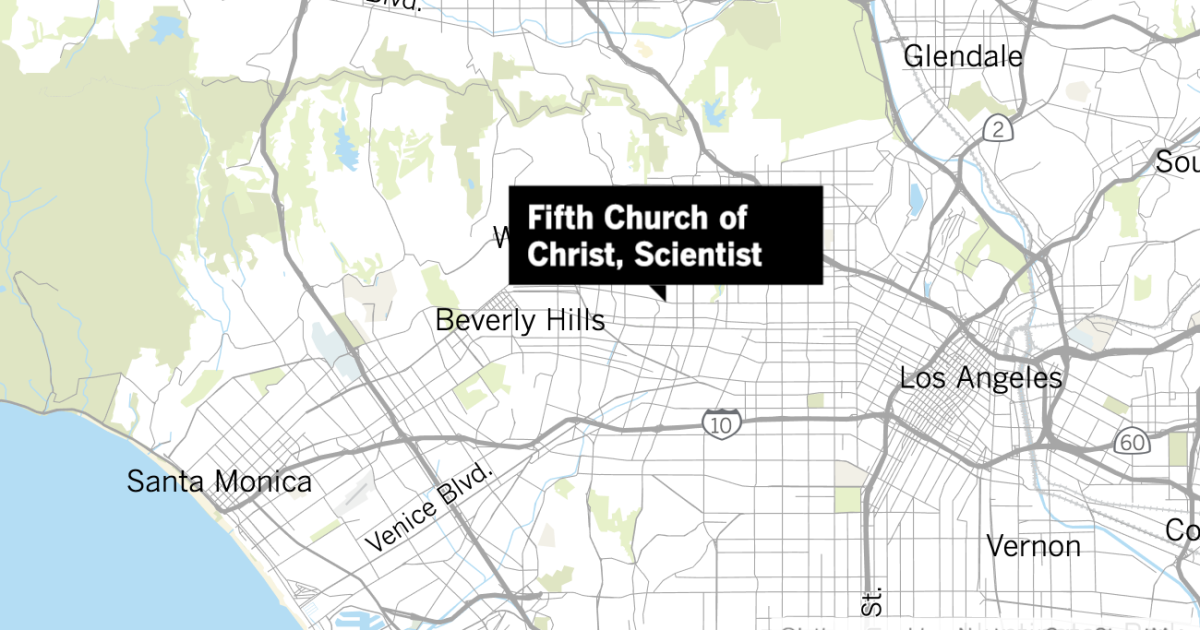 A former board chairman at a Los Angeles church was sentenced to nearly 11 years in prison on Monday for stealing $11.4 million from the church in a decade-long embezzlement spree.

Charles T. Sebesta, 56, of Huntington Beach was also ordered by U.S. District Judge Stephen V. Wilson to pay $11.4 million in restitution to Fifth Church of Christ, Scientist, where his elaborate schemes siphoned off virtually all of the church’s assets, according to prosecutors.

Sebesta, who pleaded guilty last year to bank and wire fraud, admitted that he forged signatures on checks, created fictitious companies to submit phony invoices to the church, and intercepted bequests to the church from congregants who died. He also got the church “to fire, ostracize and disbelieve those who raised concerns” about his financial management, prosecutors told the judge in a sentencing memo.

Sebesta “destroyed a venerable church, its congregation, and the faith its congregants had in one another by employing sophisticated means to abuse his position of trust and cause the church not only substantial, but ruinous financial hardship,” and he treated the church “as his own personal piggy bank,” they wrote.

Wilson granted prosecutors’ request that he sentence Sebesta to 10 years and 10 months in prison.

Sebesta, who has been in jail since his arrest two years ago, had suggested a prison term of no more than six years. In a sentencing memo to the judge, his lawyer, Patrick W. McLaughlin, cited Sebesta’s history of heavy drinking, his diagnosis of bipolar disorder and the hardship of his isolation in jail during the COVID-19 pandemic.

At the same time, McLaughlin acknowledged that incarceration was appropriate.

“Mr. Sebesta clearly engaged in serious unlawful conduct regarding the victim in this case, and sincerely regrets his actions,” McLaughlin wrote.

Sebesta used most of the purloined church money to cover luxury expenses for himself, his wife and their son, along with hundreds of thousands of dollars at a high-end hotel with “a romantic partner,” prosecutors said in court papers.

When Sebesta oversaw the $12.8-million sale of church property in Hollywood, they said, he converted most of the proceeds to personal use, using $2 million of that money to buy a home.

Sebesta admitted that he also stole about $34,000 from an unnamed private high school that employed him.