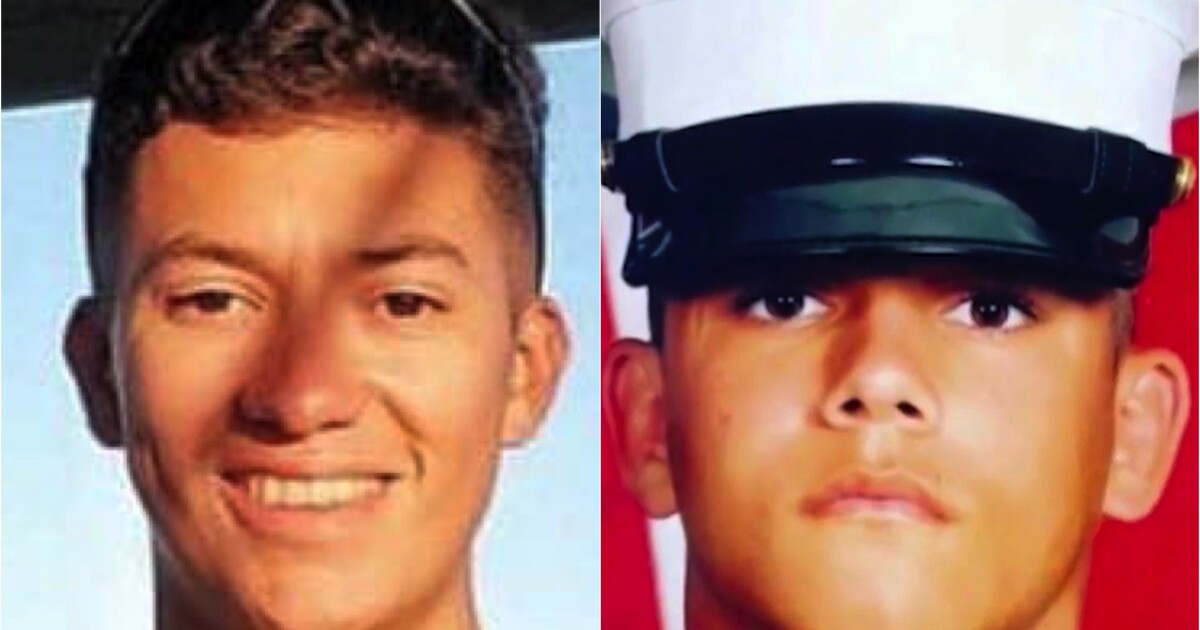 Nikoui, 20, graduated from Norco High School in 2019 and served in the Junior ROTC, according to a statement by the city. He is survived by his parents and siblings.

Hours before he died, he sent videos to his family showing himself interacting with children in Afghanistan.

In one of the clips, he asked a young boy to say hello.

Paul Arreola, a close family friend, told the Associated Press the videos show “the heart of this young man, the love he has.”

“The family is just heartbroken,” he said. Arreola described Nikoui as an “amazing young man” full of promise who always wanted to be a Marine and set out to achieve his goal.

“He loved this country and everything we stand for. It’s just so hard to know that we’ve lost him,” he said, crying.

Norco city officials said Friday they planned to enshrine Nikoui’s name on the “Lest We Forget Wall” at the George A. Ingalls Veterans Memorial Plaza.

A Gold Star Families Memorial Monument is being constructed at the same location, city officials said. More information can be found at woodywilliams.org/monuments/norco-ca.html.

Rep. Ken Calvert (R-Corona) praised Nikoui for his service, saying “words are incapable of expressing our grief and mourning for the loss of Lance Cpl. Nikoui and the other U.S. service members who were killed.”

“As a proud Marine, Lance Cpl. Nikoui and his unit put themselves in harm’s way in order to provide safety to others. That’s the definition of courage,” Calvert said. “That’s the embodiment of the Marine Corps motto, ‘Semper fidelis.’ I have spoken to the Nikoui family and expressed my condolences. The burden they bear is unimaginable.”

Lopez, 22, is the son of two Riverside County sheriff’s deputies, Capt. Herman Lopez and Deputy Alicia Lopez, according to a statement by Sheriff Chad Bianco.

He graduated from La Quinta High School in 2017 and served with the Sheriff’s Department’s explorer program from September 2014 to August 2017, Bianco said.

Lopez joined the Marine Corps on Sept. 5, 2017, and was assigned to the 22nd Battalion, 1st Marines, the sheriff said.

He planned on following in his parents’ footsteps and becoming a Riverside County sheriff’s deputy after returning home from his deployment, Bianco said.

The Lopez family requested that donations in Hunter’s memory be made to the Riverside County Deputy Sheriff Relief Foundation in the name of the Lopez family. Donations can be sent to 21810 Cactus Ave., Riverside, CA 92518.

City News Service and the Associated Press contributed to this report.