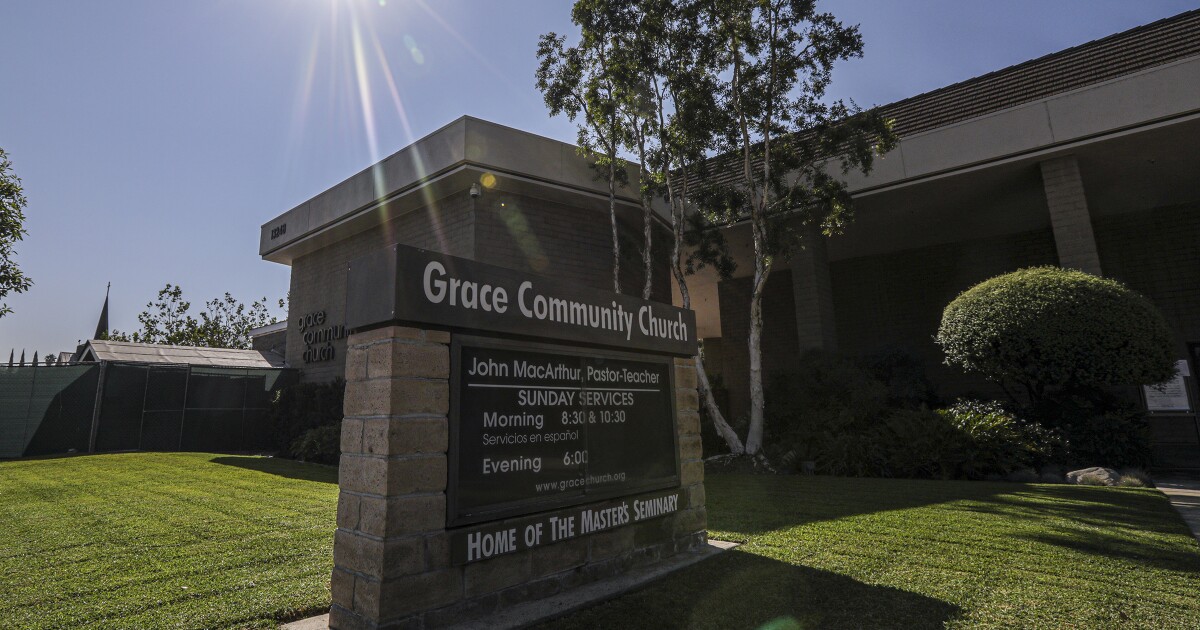 Los Angeles County could soon settle a lawsuit against an evangelical church that defied a public health order barring indoor worship during the COVID-19 pandemic.

The church then countersued state, county and L.A. city leaders, alleging violations of constitutional rights including freedom of speech and religion.

On Tuesday, the L.A. County Board of Supervisors will vote on a settlement agreement that would pay the church $400,000 for legal fees, with the money coming from the county Department of Public Health’s budget.

Under the agreement, the state of California would also pay $400,000.

County officials declined to comment until the supervisors vote. If approved, the settlement resolves all legal actions between the county and the church.

An attorney for the church declined to comment because the settlement has not yet been approved.

At the beginning of the pandemic, Grace church’s pastor, the Rev. John MacArthur, was supportive of following coronavirus mandates, since he has preached for years about obeying government officials.

He told his followers that the church’s livestream was an opportunity to reach non-believers in other countries.

Last summer, he changed his message, saying there was no pandemic and the public health statistics were wrong, even as church members were falling ill and dying. It was all a government ploy to control Christians, he said.

The church has seen multiple coronavirus outbreaks, including in one adult fellowship group that met in person.

But that hasn’t stopped MacArthur from continuing to fight COVID-19 protocols. He recently started offering a form letter for members to claim a religious exemption if their employer requires COVID-19 vaccination.

In a recent letter to supporters of the John MacArthur Charitable Trust, which finances various Grace ministries, the pastor said the county had decided to drop all charges and pay the church’s legal fees.

He called this a “monumental victory for Grace Community Church.”

“We know that there is no circumstance that can cause the church to close,” he wrote in the letter. “The church is not only a building but is the bride of Christ and exists to proclaim the truth.”