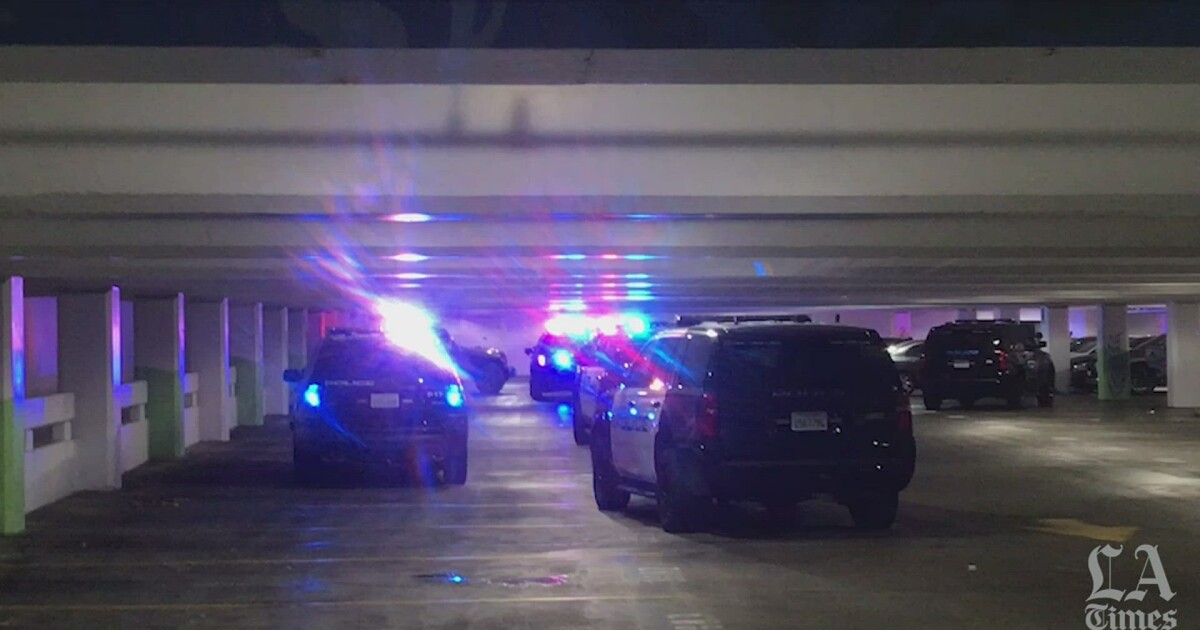 Two people have been injured and a suspect is dead after a shooting at Redondo Beach Pier on Wednesday night, authorities confirmed.

Officers located a suspect, Kauffman said, and at some point fired at him.

Kauffman later told the Times the suspect was dead.

News helicopters captured footage of the man’s body in a rocky area below the pier.

For bystanders, the sound of gunshots brought confusion at first, then fear.

A commotion followed the sound of gunshots as people ran, two men who asked to be identified only by their first names told the Times.

The men, Eduardo and Miguel, said people were lying prone on the pier as others yelled or called 911.

Joe Granda had just sat down with his brother for dinner at Tony’s on the Pier when they heard about five sharp cracks.

His brother thought someone was setting off firecrackers, but Granda knew what the sounds were.

Everyone in the restaurant ducked under their tables, Granda said.

About five to 10 minutes later, he saw police swarm the pier and take up positions on the roofs of restaurants and other establishments.

Granda said he was able to see a man he believes was the shooter hurdle over a railing and into rocks below the pier with officers in pursuit.

He said he heard roughly five gunshots and saw the man stumble.

A police helicopter hovered overhead and Granda heard someone announce over its loudspeaker, “suspect is in the rocks.”

This is a developing story and will be updated as more information becomes available.