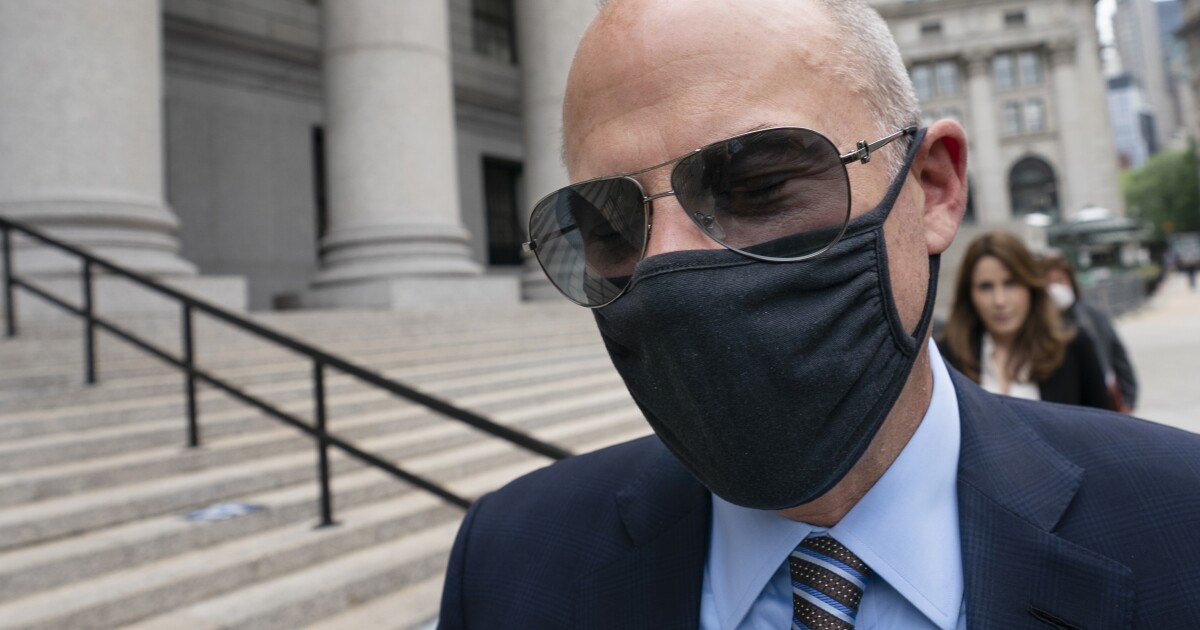 A federal judge in Orange County declared a mistrial Tuesday in an embezzlement case against Michael Avenatti, saying prosecutors failed to provide the celebrity lawyer with documents he needed to defend himself against charges that he stole millions of dollars from clients.

The mistrial was a significant, if fleeting, victory for Avenatti, who is best known as the former lawyer for Stormy Daniels, the adult film actress who claimed former President Trump paid her to keep quiet about an affair.

Avenatti must still report to federal prison on Sept. 18 to start serving a 30-month sentence following his July conviction in New York for attempting to extort as much as $25 million from the Nike footwear company.

And, after his retrial, Avenatti will face two more federal criminal trials — one in Santa Ana on charges including bank fraud and failure to file a tax return, and the other in New York on charges of skimming money from Daniels’ deal to write a book detailing her alleged affair with Trump.

In the aborted California trial, Avenatti was charged with 10 counts of wire fraud. Prosecutors say he stole about $1`0 million from his clients in four legal settlements.

Avenatti is no longer licensed to practice law, but has been representing himself nonetheless. In the five weeks since the trial began, he has argued prosecutors failed to take into account the legal expenses he incurred while working for the clients from whom he was allegedly embezzling The issue came to a head last week when Avenatti filed a motion seeking a mistrial.

On Friday, Selna ordered prosecutors to work through the weekend to recover expense data that Avenatti said the government had improperly withheld from him.

At a hearing in Santa Ana on Tuesday morning, Selna agreed that prosecutors’ failure to give Avenatti the expense data had violated their obligation to disclose all evidence that might be favorable to a defendant. The proper remedy, he ruled, was to start the trial over with a new jury after Avenatti has been given the materials.

“This was obviously important stuff that they knew about and didn’t turn over,” said H. Dean Steward, Avenatti’s advisory counsel.