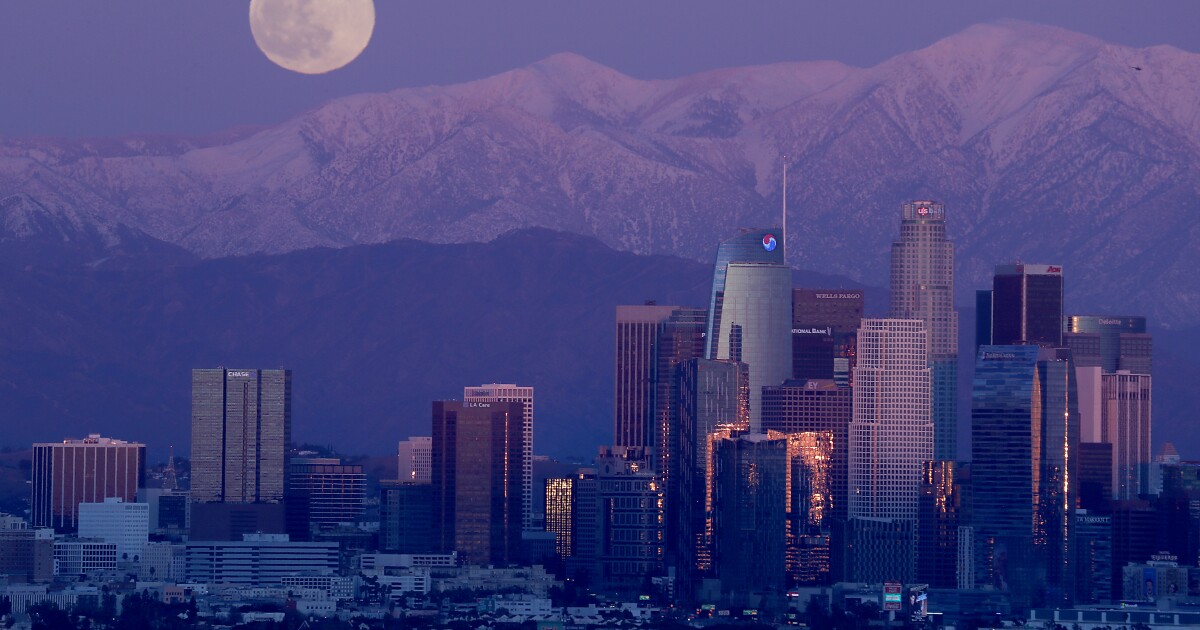 How do you bid a good goodbye to a world that you love? How do you let it go without heartbreak?

These are the questions on my mind as I pack up and prepare to leave this newspaper after 20 years.

I’ve had a summer of goodbyes. I just lost my mother-in-law.

It was while I was on leave to take care of her, in a suburb of Boston, that I made the big decision to give up my L.A. life and head home to the East Coast.

I’m about to become city editor of the Portland Press Herald in Maine. I’ll be in another terrific, ambitious newsroom, doing the work that I love in a state that I’ve loved since I was a child.

I’ll be closer to relatives, in a quieter, less frenetic place, with more space to stretch out and think. It feels right.

Maybe the pandemic cleared my clutter. It certainly laid bare what mattered. This summer, to me, nothing mattered more than keeping my mother-in-law happy and comfortable.

So I did something to soothe her that I may have to do for myself in my first days in Portland, before I shed that inevitable feeling of displacement, of first-day-of-school, new-kid awkwardness.

Remember when I told you how pandemic isolation had curled my mother-in-law into herself? How she was too weak to plug back into her old busy life?

I improvised to try to keep her from feeling alone and dreading what was soon to come.

She could no longer stand or walk. More and more, just being pushed in a wheelchair from bed to dinner table and back took her all and left her panting.

But we didn’t let that stop us. Together, we circled the globe.

Each day, we shut our eyes and dreamed that we were somewhere thrilling and beautiful. Each day, we experienced the joy of freedom and adventure and discovery.

“Want to take a trip?” I’d ask after she’d been lifted onto her mattress for the night. “Oh, yes,” she’d say. And off we’d go, always first class, in the lap of luxury.

“Aisle seat or window?” I’d ask as she shed the railed confines of her hospital bed. “Do you know that your seat fully reclines?”

“Lobster or caviar or both?”

“How about another glass of bubbly?”

We visited the Eiffel Tower, the Louvre. We ate freshly baked, warm baguettes, smeared with butter and jam. We lolled on beaches. We swam. We hiked.

One night, as I held her hand and stroked her cheek, we crossed the ocean on the QE2. We had a giant stateroom and a balcony from which we watched flying fish, whales spouting, dolphins dancing in the waves.

Another, we went to see a play starring the divine young Gregory Peck. In the lobby of the grand theater, under its gold-leaf ceilings, we sipped champagne at intermission. After the encores were over and the red velvet curtain fell, we set off for a midnight feast in a swank nightclub.

Always, our trips would end with us on the softest of imaginary feather beds, lying side by side, savoring all the delights we’d experienced.

“Wasn’t the view from the basket of the hot air balloon even better than we could have dreamed of?” I’d ask. “Have you ever seen so many shooting stars?”

“They were so beautiful,” she’d say, as I urged her to slow her breath and rest up for our voyage the next day, and she fell gently to sleep.

She couldn’t remember what she’d had for breakfast at lunch. We’d watch a movie, and an hour later she’d forgotten that we had.

But she anticipated these trips of ours and made special requests.

“Greece,” she said as we strolled, arm in arm, to the Parthenon.

I’m surrounded by boxes now, feeling wave after wave of grief mixed with jitters and excitement and premature nostalgia.

I’ll never stop loving Los Angeles, where I’ve lived for so much longer than I’ve ever lived anywhere else. I’ll never stop running the endless stories and people I’ve collected here through my head.

The couple who fell in love in the dining hall of their Valley nursing home. The man who set out to travel every major street in the city on foot, before walking in this city grew fashionable. The young entrepreneur who later turned walking with people into a business and a cure for urban loneliness. The two bus riders who became fast friends after one rescued the other’s stolen bike. The teenager who couldn’t afford a prom dress and so made one out of soda-can tabs. The manual elevator operator ferrying young people working in high-tech offices up and down an Art Deco building.

In Maine, in the dark depths of winter, I’ll summon up a blazing tropical cocktail of an L.A. sunset.