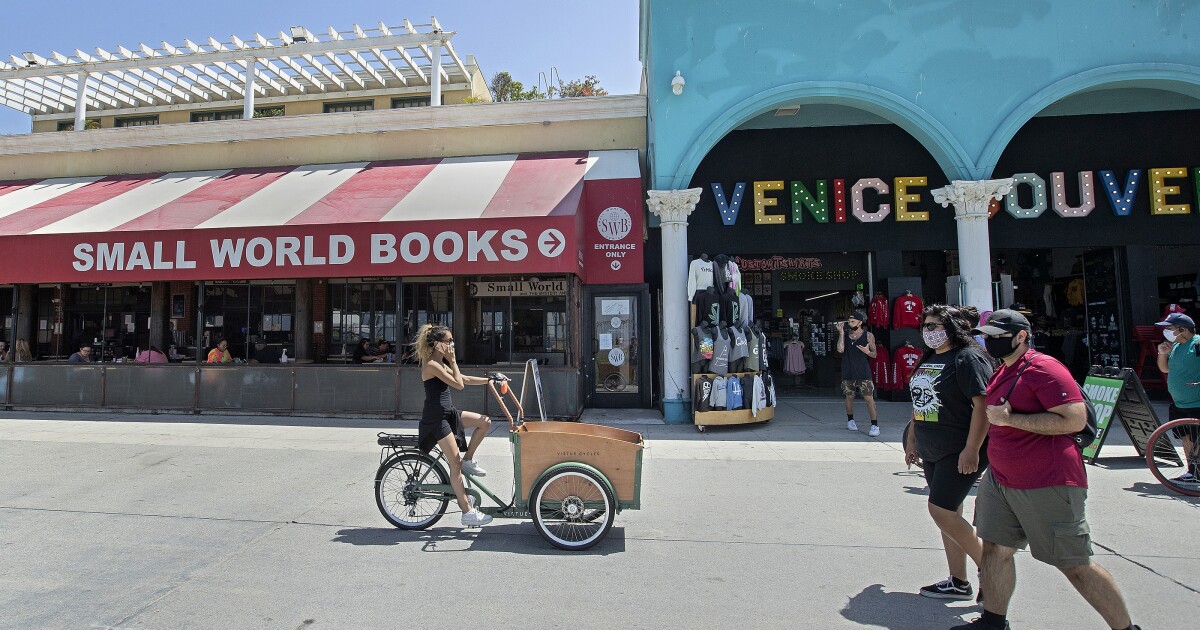 Two members of a youth group were hospitalized Saturday afternoon after a suspected illegal substance made them sick near the Venice boardwalk, according to the Los Angeles Fire Department.

One person was hospitalized in grave condition and the other was in serious condition with an “altered level of consciousness,” said LAFD spokesman Brian Humphrey

The young people, believed to be teenagers, suddenly fell ill just before 3 p.m. near the intersection of Venice Boulevard and Ocean Front Walk, Humphrey said.

They were believed to have separated at some point from the group. It was unclear “whether they had used or come into contact with the still-undetermined substance,” Humphrey said.

Los Angeles police officers, Humphrey said, were interviewing the other young people with them, and there appeared to be several different stories about what happened.

No other members of the group became ill, Humphrey said. The patients’ ages, genders, cities of residence, and the group with which they were affiliated were not immediately clear, he said.

“We were very busy trying to keep these two alive,” Humphrey said.