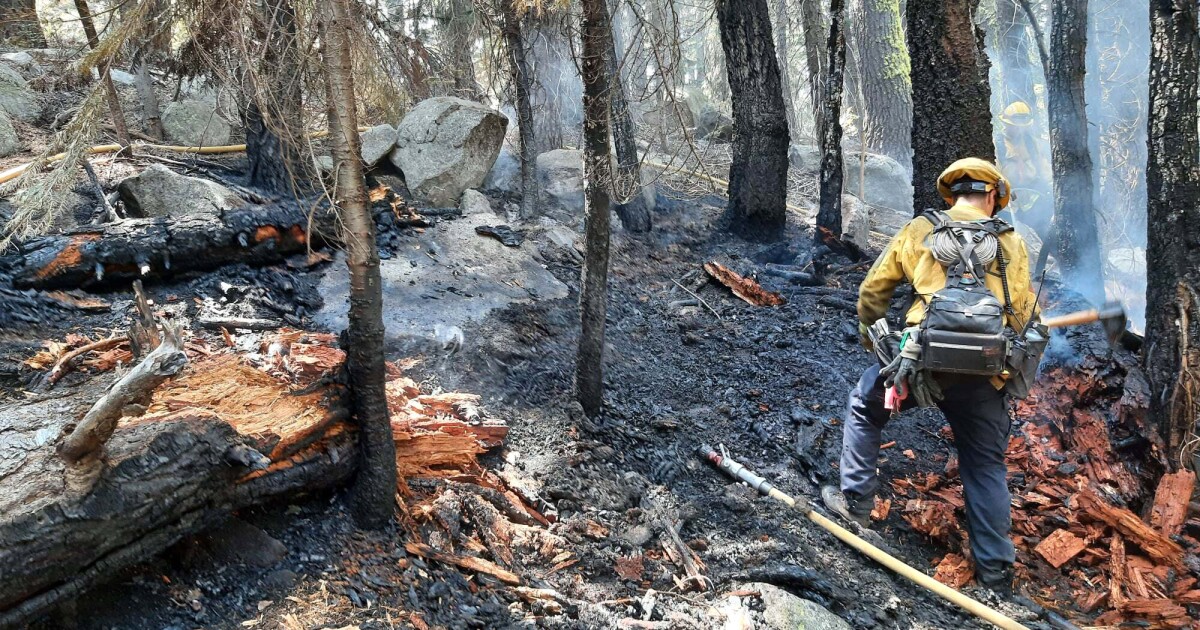 As California grapples with multiple devastating wildfires, officials in El Dorado County have arrested and charged a woman for allegedly igniting a blaze near South Lake Tahoe.

The woman, Viola Liu, was found at the scene of the wildland fire on Aug. 11 wearing a bikini and “covered in scratches and soot,” the El Dorado County Sheriff’s Office said in a Facebook post.

Liu, 43, of Fremont, later admitted to starting the fire in the area of the Aspen Creek Tract near Echo Summit, which was corroborated by other evidence in the investigation, sheriff’s officials said.

Liu was charged with arson, as well as possession of a controlled substance, possession of drug paraphernalia and resisting and obstructing a peace officer, according to the El Dorado County district attorney’s office.

She is being held without bail.

Sheriff’s and fire officials did not immediately respond to inquiries about the size of the fire or how Liu may have ignited it.

The area is under evacuation orders due to the growing Caldor fire, which sparked Saturday and has already grown to more than 53,000 acres.

That fire on Tuesday injured two people and destroyed multiple buildings, including a church and an elementary school.

El Dorado County firefighters have also been assisting with the response to the massive 635,000-acre Dixie fire burning nearby.

Last week, former college instructor Gary Stephen Maynard, 47, was arrested and charged with arson for igniting a blaze near the Dixie fire.

Maynard is also suspected in at least six other fires in the Lassen and Shasta-Trinity national forests in the last month, officials said.