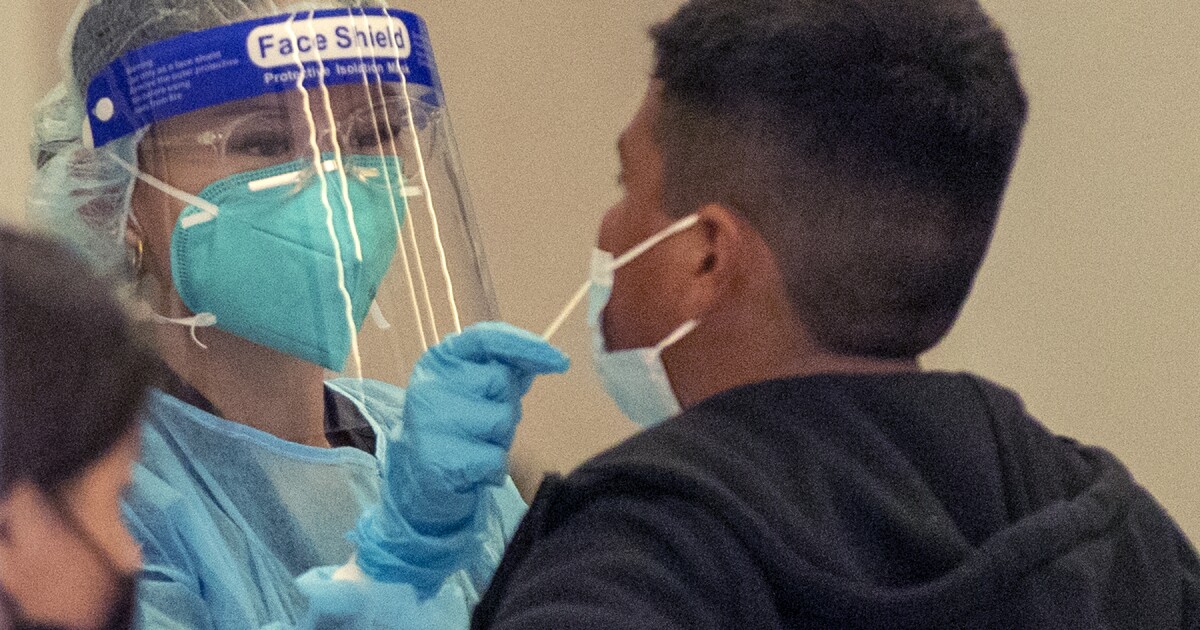 Los Angeles school officials said Monday that the health check-in process for getting students into schhools was slow, but they hoped to see improvements in the coming days.

LAUSD Supt. Megan Reilly said she believed that the vast number of people trying to access the Daily Pass app before the start of the school day may have caused the slowdown.

“Daily Pass was slow,” she said while visiting the Girls Academic Leadership Academy, adding that the district is working with the vendor to increase capacity. Asked if it would be fixed by Tuesday, she said she would know more Monday night.

“The district has been working with the vendor and fixing the problem throughout the day to speed it up,” Reilly said. When asked whether long lines to enter campus would be the new norm, she said, “Today is the first day of school. I think we’ll get better and better as each day goes by.”

Reilly didn’t offer suggestions to parents in the event that the Daily Pass system continues to face tech issues.

The district’s Daily Pass website, through which parents attest to their children being healthy, issued an advisory to those in line wondering about delays. “We are experiencing high volumes and need you to wait here while we finish collecting information from others. … You will be let in shortly.”

Through Daily Pass, students receive a scannable code to enter school. Alternatively, they could answer questions about their health from a screener at the entrance to campus, a system that also caused delays.

John Marshall High Principal Gary Garcia came up with a workaround for Tuesday, telling students to take screenshots of their health check approval. Thinking quickly, he also extended first period by about 18 minutes so delayed students could meet their teachers.

On Monday, students started lining up at schools at 7 a.m. Some were forced to wait 30 to 40 minutes before entering.