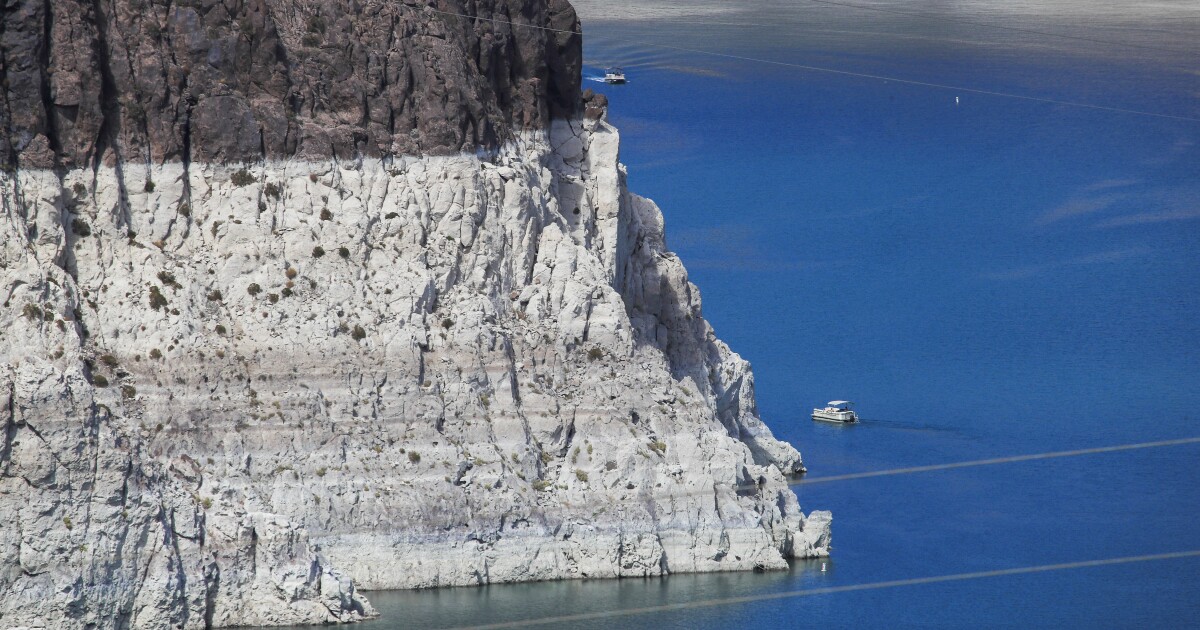 In case you hadn’t heard, California is once again in a drought.

But don’t take our word for it. The pictures tell a chilling (or rather, incrementally heating) story. Boat slips on dry land. “Bathtub rings” around lakes. Juvenile salmon cooked to death in warming rivers. And the U.N.’s Intergovernmental Panel on Climate Changeon Monday issued a report outlining just how much damage has been done, and who’s to blame: “It is a statement of fact, we cannot be any more certain; it is unequivocal and indisputable that humans are warming the planet.”

Something has to change.

But now, some Californians who made those impactful changes half a decade ago — ripping out lawns, replacing old toilets and shower heads, letting the Prius develop a tactile layer of dirt and dust before hitting the car wash — are stumped as to how to cut back any more without risking a body odor apocalypse on top of the climate one.

“For my household, meeting the governor’s requested 15% reduction in water use will be impossible unless we stop showering,” wrote one reader in a letter to the editor.

Furthermore, if we previously cut residential usage by a quarter and still landed back in a drought, what’s the point of cutting more? Could it possibly make a difference?

First, it’s important to know how California uses water. About 80% of water used in the state goes toward agriculture, said Kelly Sanders, associate professor of civil and environmental engineering at USC. The other 20% is urban usage, she said, which is split roughly in half between indoor and outdoor use. So when we talk about shorter showers and turning off the tap when you brush your teeth, you’re playing with a pretty small slice of the overall pie.

In other words: Letting the faucet run while you wash your face isn’t what got us into the drought, so not doing that won’t singlehandedly get us out of it.

“While individual actions are essential for addressing huge environmental issues like climate change and drought, they’re always insufficient,” said Jason Mark, who is an editor at Sierra who wrote about this issue and the cofounder of Alemany Farm in San Francisco. He described it as “addition where we need multiplication.” That multiplication comes in the form of better public policy, pressure on government officials to address these issues, and lifestyle changes to reduce reliance on water-intensive products and plants.

But that doesn’t mean you should feel free to take hour-long showers and let your taps run with abandon. Addition still adds up. And our reservoirs could use all the help they can get.

“Our water sustainability challenges are so significant. It is an all-hands-on-deck moment. We all need to be doing our part,” said Heather Cooley, the director of research for the Pacific Institute, a think tank that identifies and advances research-based sustainable water policies.

So, climate change is real. The drought is happening because of it. Maybe you can’t save California on your own, but it’s worth doing your part.

Ways to reduce your water usage

Rip out your lawn. Or at least water it less. Our frontyards became a major focus of the 2016 water reduction campaign. There’s a reason for that: They’re lush and water-intensive. Cooley said watering the average lawn in Southern California is a big sip on the order of around 40 to 80 gallons. Comparatively, she said, turning off the faucet while you brush will save four to five gallons, and chopping two minutes off your shower time saves five.

Replace non-native plants. Beyond your lawn, plants that aren’t native to Southern California probably take up more water than ones that evolved to thrive here. You’ve got lots of options. And as a bonus, natives help the birds and the bees.

Find and fix leaks. Keep an eye on your water bill. If it creeps higher than normal without a good reason, investigate whether you have a leak somewhere. Depending on the type of water meter you have, you may be able to monitor the meter with all your water turned off and see whether anything is still moving through your system. You may also want to invest in a smart leak detector to tell you right away when there’s a problem.

Replace old appliances, showerheads and toilets. How old is your toilet? If it’s from before 1990, Cooley said, it could be using up to six gallons per flush. Newer toilets may use as little as 1.28 gallons or less. Cooley said they can save you 33 gallons per household per day. And a new showerhead can save 12. Upgrading your dishwasher and washing machine and any other water-intensive appliance will also pay savings dividends, in both water and energy costs, Cooley said.

Small things can add up. You’ve probably heard these tips before, but consider this a refresher course: Don’t let the water run while you wash dishes in the sink or while washing, brushing or shaving. Only run washing machines and dishwashers when you have a full load. Make peace with the layer of dust on your car. If you’re waiting for the shower to warm up, stick a bucket in it and use that water on your houseplants. Double-check that your sprinkler system isn’t watering your driveway. Use a broom instead of a hose to clean off sidewalks and driveways. Water outdoor plants in the morning or evening so you don’t lose as much H2O to evaporation in the midday sun.

How to fight the drought beyond turning off the tap

There are ways to save water that don’t directly contribute to reducing your residential usage. Sanders said to consider your overall lifestyle water usage.

“One of the things that people can do that’s a little bit more nebulous is to think about their indirect water footprint,” Sanders said. “‘How much water is embedded in the products that I buy? How much water is required to irrigate the fruits and vegetables that I’m eating?’ Meat, beef in particular, is a high-resource food. It takes a lot of water to get a cow from the beginning of its life to the end of its life. It’s a lot of food that has to be irrigated.”

So think carefully about what you consume, both in terms of what goes into your mouth and onto your body. A new cotton T-shirt consumes more than 650 gallons of water on its way to existence. A pound of plastic takes 22. Manufacturing a new smartphone adds up to more than 3,000. It takes more water to make a one-liter single-use plastic water bottle than that bottle can hold.

Agriculture takes a lot of unfair flack when it comes to the drought, Sanders said. We do need to eat. Some crops that are water-intensive, like almonds, are also economically important to the state. Like turning off the tap as you brush your teeth, cutting back on fast fashion and fast food will save water but will be a drop in the bucket compared with our state’s total water needs.

“Individual actions matter, because it’s important to align your behavior with your beliefs,” Mark said. “At the same time, there’s no substitute for political action and civic action.”

Big picture, solutions are going to come from political action. Ask your local and state officials to back water-saving legislation and to enforce it once it passes. Attend a virtual city council meeting and ask what your community’s plans are to improve water conservation. You can start even smaller than that: Ask your HOA to replace lawns with native plants. Submit letters to the editor of your local newspaper about the issues you see in your community, like this one, expressing discontent with a local government approving new surf resorts and an ornamental lagoon. (Here’s how to send one to us.)

“We should — both as individuals, as households — do everything within our power to use less water, use less electricity, use fewer fossil fuels,” Mark said, and “at the same time, do everything that’s within our ability to convince those in power to change the rules of the game.”

So be the drop in the proverbial bucket. Then use that bucket to water your plants.