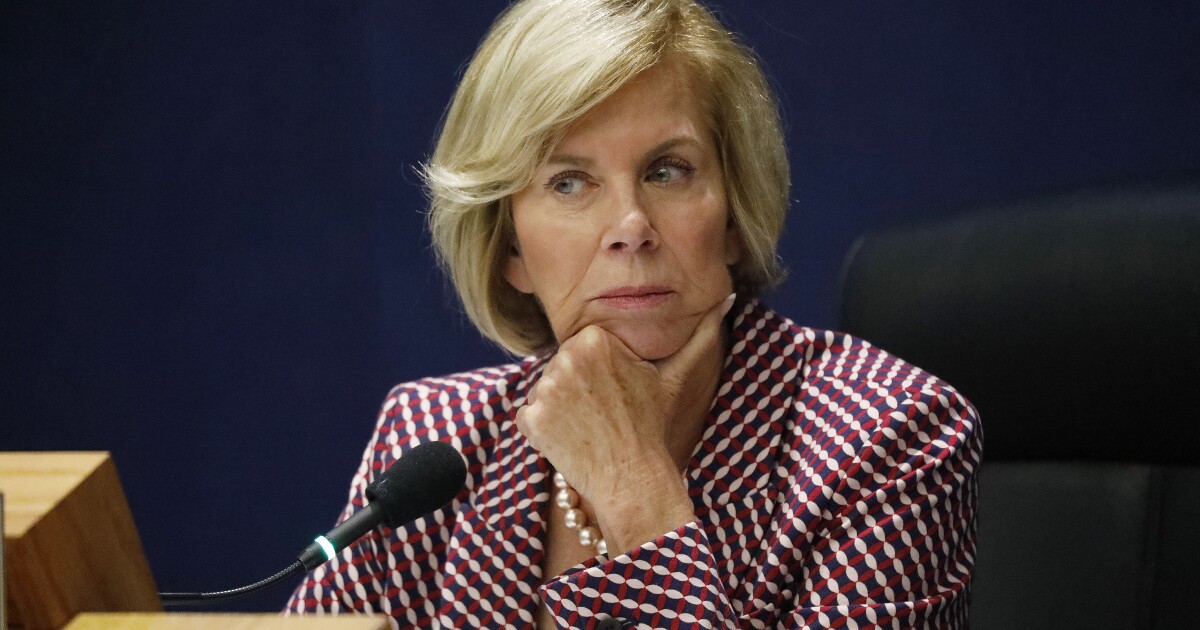 Los Angeles County officials on Tuesday will consider drafting a proposal that would require proof of vaccination to enter certain indoor public spaces.

Supervisor Janice Hahn, whose 4th District includes several beach cities, created the proposal to be discussed at this week’s Board of Supervisors meeting that asks staff and attorneys to draft a report in two weeks about what the county’s policy could look like.

“To prevent future surges and new variants from circulating, especially as we approach fall and winter, we must consider whether additional measures are necessary, such as vaccine requirements for certain settings,” Hahn said in her motion.

Hahn asked that the report consider whether a mandate should require one dose or full vaccination, and whether the policy should apply to all indoor public spaces or certain nonessential businesses and events. For example, “should grocery stores be exempt?” Hahn wrote in her motion.

The report would also include a recommendation on the process for how people could prove their vaccination status and businesses verify that status using existing digital or paper records.

Hahn’s proposal comes at a time when L.A. County is seeing another jump in the daily number of coronavirus cases among unvaccinated residents.

On Saturday, L.A. County health officials reported 4,283 new coronavirus cases, the largest daily number reported in months and which public health officials attributed to the continued high rates of transmission of the Delta variant and significant increases in testing.

More than 1,380 people are being treated in hospitals for the coronavirus, 22% of them in the intensive care unit, officials said. The majority of those hospitalized with the virus are unvaccinated.

Officials continue to stress that vaccination is the best way to avoid serious illness.

“While indoor masking and quarantine and isolation of cases and close contacts are effective strategies for reducing transmission, the quickest way to slow the spread is to increase vaccination coverage,” L.A. County Public Health Director Barbara Ferrer said.

County officials said the latest surge was showing signs of — it not letting up — leveling off somewhat. The daily test positivity rate (the percentage of all coronavirus tests reported that are positive) on Saturday was 4.7%, a small decrease from last week’s rate of 6.3%.

Though it’s still early, Ferrer said there were promising signs that the county’s order issued in mid-July requiring everyone, even those fully vaccinated against COVID-19, to wear masks in indoor public spaces might be having the intended effect.

“It’s hard to say with 100% certainty that this was the factor that tipped us to have a slightly better slowing of spread than other places,” she said, “but I know for sure it contributed.”

Many questions remain about how a county’s indoor vaccination mandate would work.

Any ordinance approved by the Board of Supervisors would only apply to unincorporated areas. But if Ferrer issued a health order mandating that proof of vaccination was required for certain indoor places, it would apply countywide.

Leaders for the city of Los Angeles are considering a similar measure.

It remains unclear how the other four county supervisors will vote on Hahn’s motion.

On Wednesday evening, 1st District Supervisor Hilda Solis, who chairs the board, issued an executive order requiring the county’s 110,000 employees to provide proof of vaccination against COVID-19 by Oct. 1.

“We will continue to assess the information we receive regarding this ever-changing virus and its impacts, and the county will consider all options to help protect the health and well-being of residents, businesses, and employees,” Solis said in a statement.

“She is following this closely to make her decision by Tuesday,” Richards said. “Right now, she is spending [the] weekend co-hosting vaccine events.”

Hahn said she was encouraged by the New York City Health Department’s preliminary data that showed last week almost 80,000 New Yorkers had received their first COVID-19 vaccine, a 40% increase from the number of residents who received their first shot in the first week of July.

“This initial report shows promising results and may build a case for implementing similar mandates in other cities,” Hahn said.