L.A. County libraries could go fine-free if proposal is approved 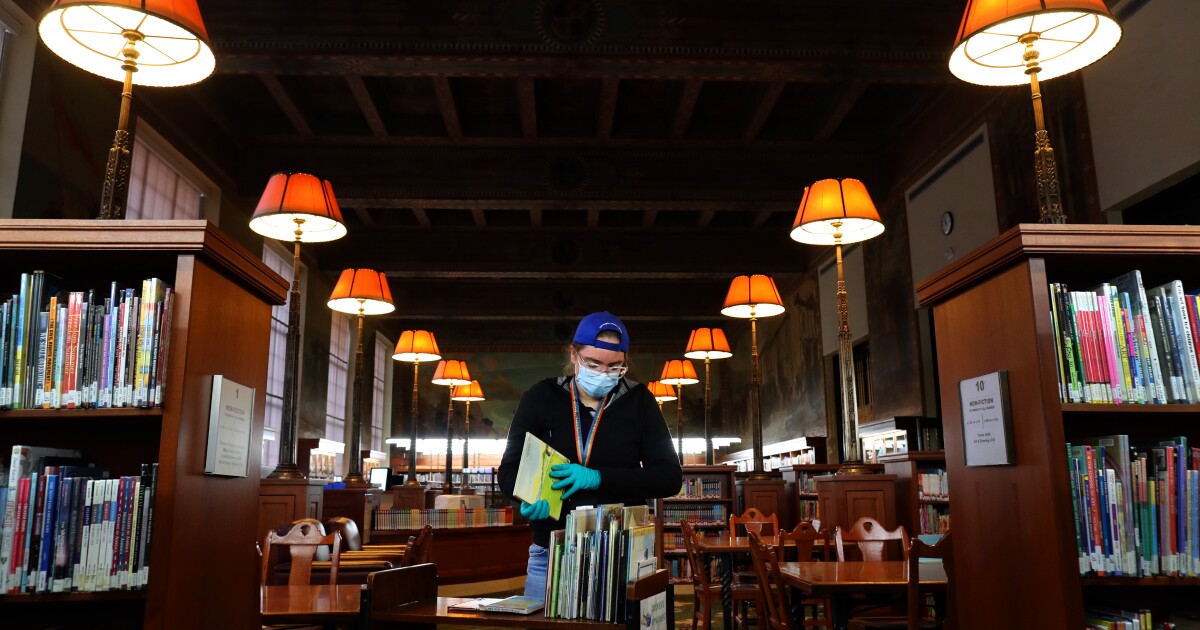 Los Angeles County public libraries could soon stop fining patrons for late books and other materials under a proposal being considered by the county Board of Supervisors, a measure some consider long overdue.

More than 200 cities and municipalities across the country, including the city of Los Angeles, San Diego, San Francisco, Seattle, Denver and Dallas, have stopped fining borrowers, according to a motion introduced by Supervisor Janice Hahn.

Hahn, whose 4th District includes Long Beach and Diamond Bar, will present her fine-free proposal at the Board of Supervisors meeting Tuesday.

If it passes, the county will move to waive fines and fees for overdue books and other materials for its system, which serves 3.4 million residents in unincorporated L.A. County and 49 incorporated cities. The county operates more than 80 community-based branches.

“Incurring fines and fees creates a financial burden and major barrier to services on low-income families, fixed-income seniors, and those struggling financially,” Hahn said in her motion. “Fines have created a disproportionate impact on vulnerable individuals, particularly youth and older adults, noncitizens, and communities of color.”

Overdue fines make up less than 1% of L.A. County Library’s revenue collection, she said. Meanwhile, collecting fees brings in such little revenue that it actually costs more to allocate staff time to the task, she said.

Libraries that have adopted fine-free policies have seen a growth in library card registrations and a 200% increase in returned materials, Hahn said.

If a customer wracks up a bill of more than $50, their bill can be sent to a collection agency — an additional $15 fee on their library account.

Since 2017, children and people under 21 have had the option to “read away” their fines. For each hour a child or young person logs reading, the library will remove $5 in fines from their account. No such option existed for adults.